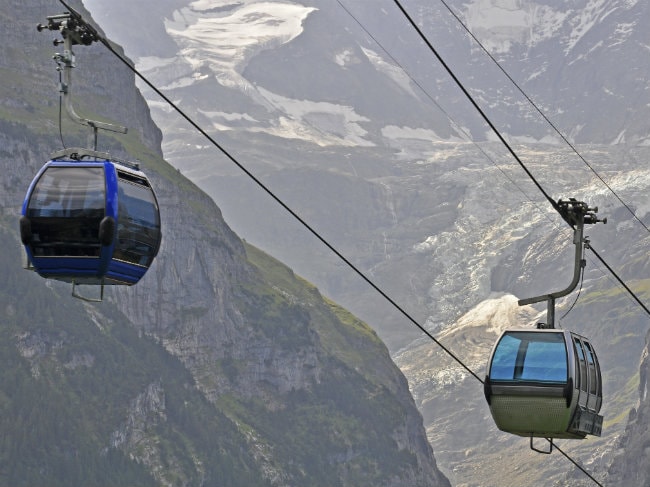 Morales made the announcement at the launch of the second line of the sky-high public transport system, which is changing the daily commute for residents of La Paz, the world's highest capital.

The second line runs 7.3 kilometers (4.5 miles) from La Paz to the nearby city of El Alto, where the region's international airport is located.

An initial line spanning 2.6 kilometers was inaugurated in May.

The cable cars cross through the Andes Mountains and offer stunning views of snow-capped Illimani, one of Bolivia's highest peaks.

They were built by Austrian firm Doppelmayr at a total cost of $234.6 million.

"I'd like to inform the cities of El Alto and La Paz that we have $450 million guaranteed for five new cable car lines," said Morales.

He said Austrian President Heinz Fischer would travel to Bolivia for the signing of the contract for the new lines on January 22 -- the same day Morales swears in for a third presidential term.

Promoted
Listen to the latest songs, only on JioSaavn.com
Bolivia has also signed a contract with French firm Pomagalski to build a cable car line in the Andean city of Oruro.