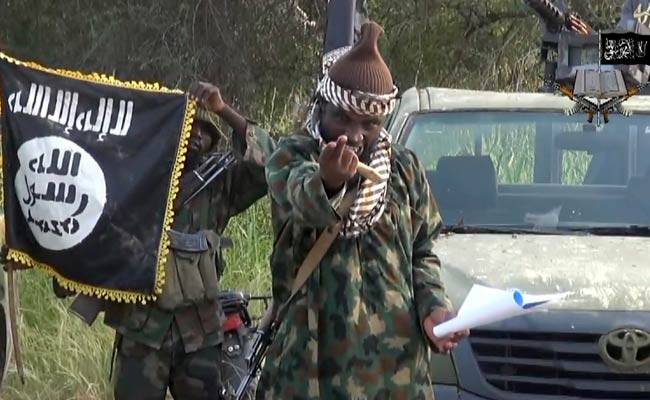 Kano, Nigeria: Boko Haram razed at least 16 towns and villages, killing at least 100 people in a renewed assault on the weekend, say sources.

According to the district head, Abba Hassan, at least 100 people were killed by Boko Haram militants in the northeastern Nigerian town of Baga.

Musa Bukar, head of the Kukawa local government area, said: "They (Boko Haram) burnt to the ground all the 16 towns and villages, including Baga, Doron-Baga, Mile 4, Mile 3, Kauyen Kuros and Bunduram."

Heavy casualties were feared in the attacks on Wednesday in the remote north of Borno state, according to local sources, but there was no independent corroboration of the figures cited.

Abubakar Gamandi, head of Borno's fish traders union and a Baga native, also confirmed the attacks, adding that hundreds of people who fled were trapped on islands on Lake Chad.

News of the latest attacks came as Nigeria's President Goodluck Jonathan, who has been criticised for his inability to end the insurgency, formally launched his re-election campaign.

Nigeria's military - West Africa's largest - has come under scrutiny for its inability to fight the militants after reports of a lack of adequate weaponry and even bullets.

Boko Haram, in contrast, has been seen with advanced weapons, including rocket-propelled grenades, heavy machine guns and even a tank.

Jonathan's opponent at next month's elections, former military ruler Muhammadu Buhari, has blamed government corruption for the lack of firepower.

But the head of state appeared to blame his predecessors for not investing enough in defence in a speech at a rally in Lagos on Thursday.

Boko Haram fighters on Saturday captured Baga and the headquarters of the Multinational Joint Task Force (MNJTF), which is made of troops from Nigeria, Niger and Chad.

Security analysts this week said that Baga was of strategic importance for Boko Haram, as it was thought to be the last town in northern Borno under federal government control.

The militants, who have seized more than two dozen towns in northeast Nigeria in the last six months, now control all three of Borno's borders with Niger, Chad and Cameroon.

Bukar said the Islamists used petrol bombs and explosives to destroy Baga, a key fishing and commercial hub, and surrounding villages on the shores of Lake Chad.

"We have over 20,000 people displaced from Baga and surrounding villages in a camp in Maiduguri and we are making arrangements to convey another 10,000 from Monguno where they ran to," he added.

Gamandi said a head count would have to be conducted to determine the number of dead and missing but that could pose difficulties as residents fled both towards Maiduguri and also into Chad.

Some 560 villagers have been stranded on an island on Lake Chad since Saturday without food, he added.

"They told me that some of them are dying from lack of food, cold and malaria on the mosquito-infested island," he said.

Promoted
Listen to the latest songs, only on JioSaavn.com
"I was in constant touch with them until this morning when the phone they were using went off which I assume was due to dead battery."