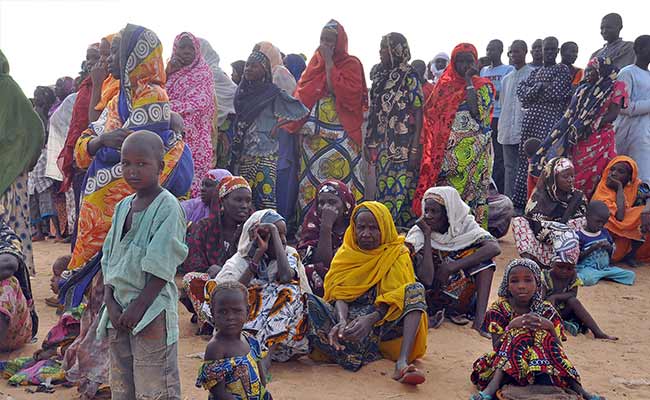 Boko Haram militants have kidnapped more than 400 women and children from the northern Nigerian town of Damasak that was freed this month by troops from Niger and Chad, residents said on Tuesday.

There was no immediate official confirmation of the figure, but the Islamist group has previously carried out mass kidnappings. Boko Haram's abduction last April of nearly 300 schoolgirls in the region stirred international outrage and drew global attention to the group's six-year insurgency.

"They took 506 young women and children (in Damasak). They killed about 50 of them before leaving," a trader called Souleymane Ali told Reuters in the town. "We don't know if they killed others after leaving, but they took the rest with them."

Troops from Niger and Chad last week found the bodies of at least 70 people in an apparent execution site under a bridge leading out of Damasak.

Lieutenant Colonel Toumba Mohamed, the Nigerien commander of the Niger-Chad forces in Damasak, said residents had reported between 400 and 500 women and children kidnapped.

Promoted
Listen to the latest songs, only on JioSaavn.com
Boko Haram wants to carve out a caliphate in northern Nigeria and a sharp increase in violence forced a delay in planned elections last month in Africa's most populous country.

Nigerian, Chadian and Niger forces have driven militants out of a string of towns in simultaneous offensives launched since then.