Activists say there is a network of mass detention camps there holding more than a million people, part of a crackdown that Beijing says is needed to stem the threat of terrorism. 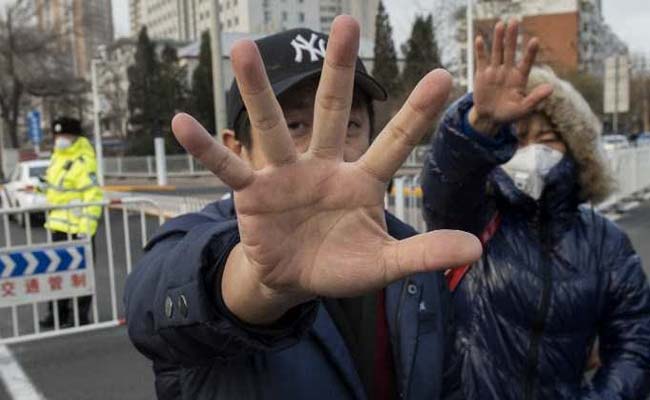 China's Xinjiang is home to millions of Uighurs and other Muslim ethnic minorities. (FILE PHOTO)

China is running boarding schools not concentration camps in the far western region of Xinjiang, its governor said on Tuesday, as the United States called conditions there "completely unacceptable".

China has faced growing international opprobrium for what it says are vocational training centres in Xinjiang, a vast region bordering central Asia that is home to millions of Uighurs and other Muslim ethnic minorities.

Activists say there is a network of mass detention camps there holding more than a million people, part of a crackdown that Beijing says is needed to stem the threat of terrorism.

The U.S. government has weighed sanctions against senior Chinese officials in Xinjiang, including on the Communist Party boss there, Chen Quanguo, who as a member of the powerful politburo is in the upper echelons of China's leadership.

Xinjiang governor Shohrat Zakir, the region's most senior Uighur official who ranks below Chen, said that there had not been any violent attacks in more than two years and three months since the government adopted "a series of measures" to combat terrorism.

"These kinds of statements are completely fabricated lies, and are extraordinarily absurd," he said.

"They are the same as boarding schools," he said, adding that the personal freedoms of the "students" were guaranteed.

Chen, who attended what was one of the most eagerly anticipated briefings of China's parliamentary session by foreign media, did not answer questions on the camps.

Former detainees, however, have described to Reuters being tortured during interrogation at the camps, living in crowded cells and being subjected to a brutal daily regimen of party indoctrination that drove some people to suicide.

Some of the sprawling facilities in the region are ringed with razor wire and watch towers.

U.S. officials have said China has made criminal many aspects of religious practice and culture in Xinjiang, including punishment for teaching Muslim texts to children and bans on parents giving their children Uighur names.

Chen made his mark swiftly after taking the top post in Xinjiang in 2016, with mass "anti-terror" rallies conducted in the region's largest cities involving tens of thousands of paramilitary troops and police.

U.S. ambassador for religious freedom Sam Brownback, speaking from Taipei on a teleconference call with reporters, said the situation in Xinjiang was "completely unacceptable" and that sanctions against Chinese officials under the Global Magnitsky Act remained a "possibility".

That act is a federal law that allows the U.S. government to target human rights violators around the world with freezes on any U.S. assets, U.S. travel bans and prohibitions on Americans doing business with them.

Brownback added that dialogue between Washington and Beijing on the issue had made little headway thus far, calling discussions "more of a dual monologue".

"The monologue back from China initially was that they denied the (detention camps) even existed and then the statement was that these are vocational training facilities which the people are appreciative of, which we just don't agree with," he said.

China has warned that it would retaliate "in proportion" against any U.S. sanctions.