The Rheinmetall Denel company confirmed the incident but gave no details on fatalities. 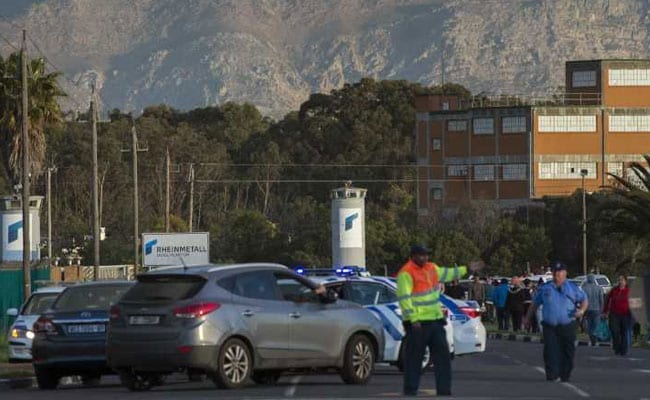 Local residents reported that nearby houses shook from the blast

Eight people were killed Monday in an explosion at a munitions factory near Cape Town in South Africa, a city official said.

Local residents reported that nearby houses shook from the blast, which sent a plume of white smoke into the air above the Rheinmetall-Denel plant in Somerset West when it erupted at 3:45 pm (1345 GMT).

Smith said that a fire at the accident site was contained.

The Rheinmetall Denel company confirmed the incident but gave no details on fatalities.

"An explosion occurred at one of the buildings of Rheinmetall Denel Munition (RDM)... At this stage we are unable to confirm if there are any injuries or fatalities," it said in a statement.

"We are currently investigating the matter."

The joint German-South Africa company said it makes munitions and explosive products for the South African military and police and international clients.

RDM is 51 percent owned by Rheinmetall Defence in Germany and 49 percent by South Africa's Denel.

(Except for the headline, this story has not been edited by NDTV staff and is published from a syndicated feed.)
Comments
Rheinmetall Denel companySouth Africasouth africa blast