Doctor Mohammad Waseem at Quetta's Sandeman hospital confirmed that 10 dead bodies and 16 injured people had arrived at the facility. 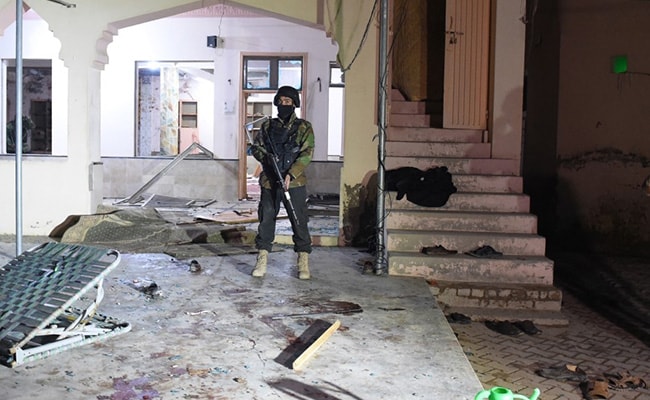 At least 10 people were killed and 16 others wounded in a bomb blast during evening prayers at a mosque in southwestern Pakistan on Friday, police and a doctor said.

A police officer was among those killed, Butt said, adding that the death toll may rise as some of the wounded are in a critical condition.

Mohammad Waseem, a doctor at Quetta's Sandeman hospital, confirmed that 10 dead bodies and 16 injured people had arrived there.

Butt said bomb disposal officers were investigating the nature of the bomb as well as whether it was detonated remotely or if a suicide bomber was involved.

Nobody has yet claimed responsibility for the attack.

It is rife with Islamist, separatist and sectarian insurgencies and attacks are frequent, even as the number of violent incidents has significantly dropped elsewhere in Pakistan.