Darren Martin said a long day forced him to complete a move after 11 p.m., and when the police arrived, he knew why. 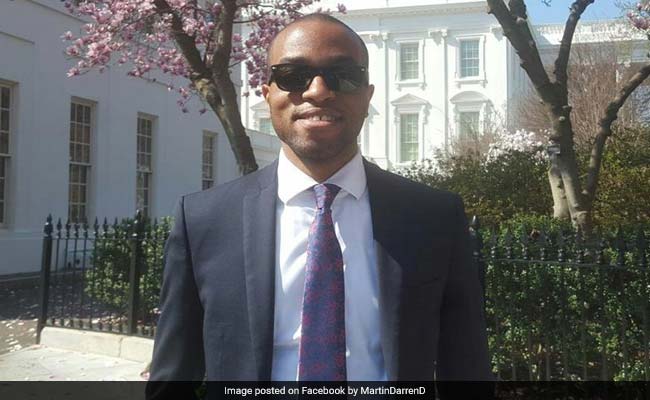 Darren Martin said he felt like he had been racially profiled by whoever had made the call.

Darren Martin moved to New York City this winter after years working for the Obama White House in Washington to take a job as an aide in the city's government. After a couple of months crashing with friends and family, he finally found his own place on the Upper West Side.

The studio, on 106th Street near Columbus Avenue, fit the bill of what Martin, 29, was looking for: It was a decent deal in a good neighborhood just a couple blocks away from Central Park.

But about a half-hour into his move Friday night, police greeted him in his building's lobby. A neighbor had called to report a potential break-in by someone who may have had a weapon, and about a half-dozen police officers stopped and questioned him as part of an investigation.

Martin said he felt like he had been racially profiled by whoever had made the original call.

"I don't know if they watched me or saw me, through a peephole and decided to call the police and if they were in fact watching me," Martin told The Post. "What I do know is true is that they made a call, a very egregious call that I think was based on profiling."

The New York City Police Department said officers arrived around 11:26 p.m. after receiving a 911 call about a burglary in progress on the building's fifth floor. The 911 caller had complained about someone opening and banging doors on the floor who was in possession of a weapon or a large tool, the police said. After investigating, officers determined there was no burglary in progress.

The incident comes amid a long simmering national debate about racial bias that has been galvanized after the arrest of two black men at a Starbucks in Philadelphia.

Martin said he was disappointed in the experience but ultimately not surprised after other similar incidents he's had.

The move began around 10:30 p.m. on Friday. Martin's friend had driven his furniture up from Washington in a UHaul truck, and because of that and a complicated array of circumstances, that was the only time they were able to unpack it.

"Out of necessity, I decided to bring things in, but if it was an opportunity for me to do it another time I would have," Martin said. "You don't want to put yourself in that situation where you're doing everything right but because of how you look, it could get you arrested or worse. So you avoid those, if you're trying to live your life."

When the police showed up, Martin said, "I knew they were here for me." 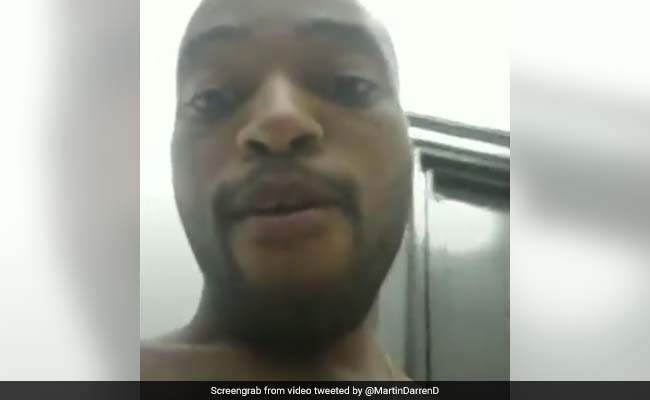 He let a trio of officers into the lobby and the three began to question him about what he was doing in the building, he said. He told them that he was a resident but said that he didn't have his ID on him. The officers wouldn't let him get it from his apartment upstairs on the fifth floor. Instead, about three more officers went up in and let themselves into his apartment, which was unlocked, he said. They found his friend, who had another engagement that evening, taking a shower, and eventually were satisfied that the two were telling the truth.

At that point, they let him back upstairs to his apartment, about 15 minutes after they had found him in the lobby. The NYPD said their investigation into the call concluded in about 10 minutes.

Later on that evening, another pair of officers arrived responding to a similar call; they told him that they were unaware that the issue had already been investigated, Martin said.

Martin says he feels lucky the situation ended well. At one point, he remembered to ask permission to look for his ID in his pants before putting his hands in his pockets.

I was happy to move back to NYC and into my new apt in the UWS, near Harlem. The plan was to do this today in daylight, recording all the pomp that comes along with such a move. Well, life and work happens and you end up having to move on a Friday night at 11pm, and unexpectedly, pic.twitter.com/D16sHCEI7i

"Something small as that, I know to do. Even that simple action could go wrong," he said. "It could have ended very differently, when you have six or seven police officers show up. With that call, they're coming ready to take out a suspect. That's why I was very lucky."

Martin captured part of the encounter on video, which he later posted to social media. Three officers stand with him in the building's hallway, near some of the furniture for his place.

"They called it, they called right. We're doing our job," an officer said. "If you do nothing wrong, you're good to go."

One of the officers plays him a radio dispatch about the complaint that came in.

Martin said he does not know who made the initial call, but says he hopes to meet his neighbors in the building.

Promoted
Listen to the latest songs, only on JioSaavn.com
"You've got to live your life, but when you're living your life, you're cognizant of the fact that things you do that other people might do, non people of color might do, could end up differently," Martin said. "At the end of the day when I take the suit off, I'm still a black man underneath. And it's a daily reality."

(Except for the headline, this story has not been edited by NDTV staff and is published from a syndicated feed.)
Comments
Darren MartinFormer White House Staffer