The pilot in command, who had several years of experience flying a C-130 aircraft, was among those who died in the crash on Jolo island, Sobejana said by telephone. 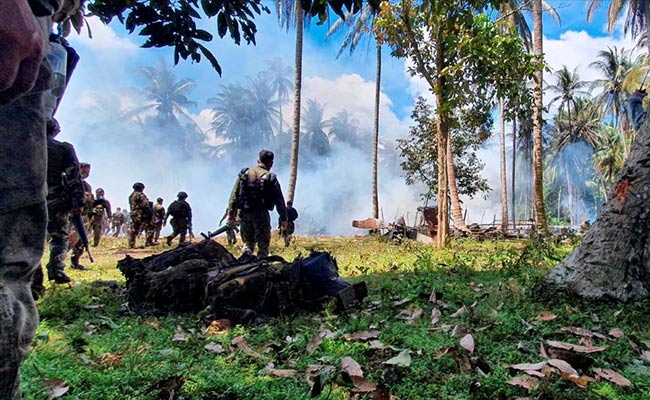 Philippine authorities have retrieved a black box from an Air Force plane that crashed at the weekend, killing more than 50 people, Military Chief Cirilito Sobejana told Reuters on Tuesday.

The pilot in command, who had several years of experience flying a C-130 aircraft, was among those who died in the crash on Jolo island, Sobejana said by telephone.

The military chief said a black box was retrieved on Monday and should enable investigators to listen to the conversations of the pilots and crew before the plane crashed.

"I spoke to the survivors and they said the plane bounced two to three times and zig-zagged. The pilot tried to regain power because he wanted to lift the plane but it was too late. The right wing hit a tree," he said.

Sobejana said no one jumped from the aircraft before it crashed. There had been earlier accounts from witnesses that some passengers had tried to leap to safety before the aircraft struck the ground.

He said the front of the aircraft was sliced open and some of the soldiers took advantage of the opening to escape. But those who were unconscious were unable to get out and the plane burst into flames.

The Lockheed C-130 transport aircraft was carrying troops bound for counter-insurgency operations in the southern Philippines crashed with 96 aboard.

The death count rose on Monday to 52, including three civilians on the ground, after two of the 49 soldiers hurt in the crash succumbed to their injuries, the defence ministry said.

Military spokesman Edgard Arevalo said the plane was in "very good condition" and had 11,000 flying hours remaining before its next maintenance was due.