The much anticipated novel is titled "The President is Missing" and is being published by Penguin Random House. 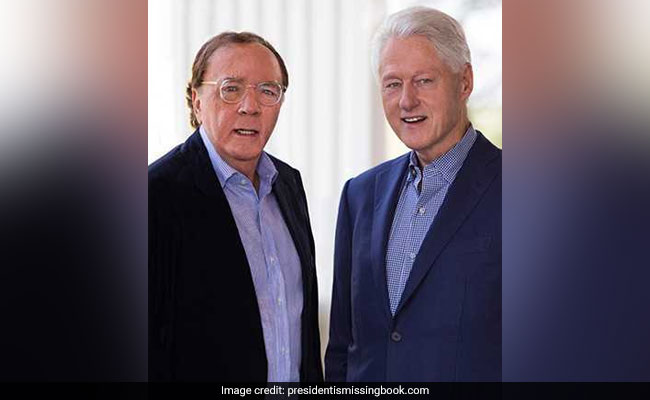 Washington: In what is going to mark the debut of former US President Bill Clinton as a fiction writer, he has teamed up with James Patterson and their thriller, rich in "information that only a former Commander-in-Chief could know" will be released globally on Monday (June 4).

The much anticipated novel titled, "The President is Missing" is being published by Penguin Random House.

"Yes, 'The President is Missing' is fiction -- it's a thriller -- but James Patterson and I have come up with three of the most frightening days in the history of the presidency. And it could really happen... These days, the seemingly impossible can happen. And it happens so fast. I believe that readers will not soon forget President Jonathan Duncan and his story," Clinton said in a statement released by his publisher.

The novel is said to confront "a threat so huge that it jeopardizes not just Pennsylvania Avenue and Wall Street, but all of America".

"Uncertainty and fear grip the nation. There are whispers of cyberterror and espionage and a traitor in the Cabinet. Even the President himself becomes a suspect, and then he disappears from public view," the publisher elaborated on the novel.

The novel is set over the course of three days and, according to the publisher, it sheds "a stunning light" upon the "inner workings and vulnerabilities" of the United States.

The publisher further said that "The President is Missing" is filled with information that only a former Commander-in-Chief could know. "This is the most authentic, terrifying novel to come along in many years. And a timely, historic story that will be read -- and talked about -- for years to come," said the publisher.

The novel will be available at all major bookstores in India and online from Monday.

Bill Clinton was elected president of the United States in 1992 and served two terms and James Patterson is one of the biggest selling writers of all time.
Comments
Bill ClintonJames PattersonThe President Is Missing