Bhopal gas tragedy is a closed case now: US 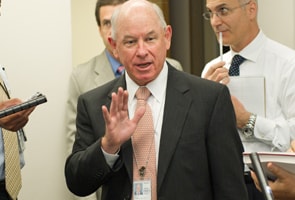 Washington: The United States on Thursday said that the Bhopal gas tragedy is a closed case now.

In 1999, Dow Chemical Company bought the Union Carbide which was responsible for the world's worst industrial disaster in 1984 - the Bhopal gas tragedy.

Promoted
Listen to the latest songs, only on JioSaavn.com
After public outrage that the sentences were not tougher, India promised to renew efforts to extradite Union Carbide's former boss Warren Anderson.

Meanwhile, BJP and Left parties alleged that the US was trying to arm-twist India to let Dow Chemicals go scotfree with regard to its liability in the Bhopal gas tragedy.