Netanyahu has held a series of discussions with President Vladimir Putin in recent months on Iran's influence in war-torn Syria and in Lebanon. 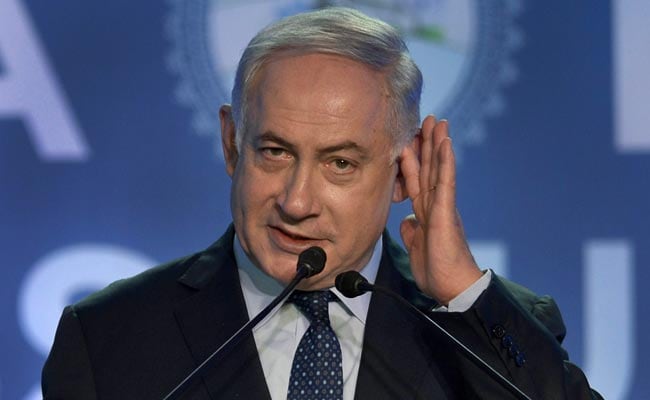 Jerusalem: Israeli Prime Minister Benjamin Netanyahu accused Iran of wanting "to turn Lebanon into one giant missile site" and warned of the consequences as he left Monday for talks in Moscow.

Netanyahu has held a series of discussions with President Vladimir Putin in recent months on Iran's influence in war-torn Syria and in Lebanon.

The premier has sought to persuade Russia to limit Iran's presence near Israeli territory and to stop it from entrenching itself militarily in Syria.

Israel's military has also issued a series of warnings to Hezbollah, the Lebanese Shiite militia backed by Iran.

Russia, Iran and Hezbollah are all backing Syrian President Bashar al-Assad in his country's civil war.

Netanyahu has previously accused Iran of building sites to produce "precision-guided missiles" in both Syria and Lebanon.

"I will discuss with President Putin Iran's relentless efforts to establish a military presence in Syria, which we strongly oppose and are also taking action against," Netanyahu said as he departed.

"We will also discuss Iran's effort to turn Lebanon into one giant missile site, a site for precision missiles against the state of Israel, which we will not tolerate."

Israel has sought to stay out of the Syrian conflict, but acknowledges carrying out dozens of air strikes to stop what it says are advanced arms deliveries to Hezbollah, with whom it fought a devastating 2006 war.

Iran is Israel's main enemy and Netanyahu has repeatedly warned against an entrenched Iranian military presence in the neighbouring country.

Promoted
Listen to the latest songs, only on JioSaavn.com
In November, Netanyahu signalled that Israel would take military action in Syria when it sees fit as it seeks to ensure Iran-backed forces stay away from its territory.

Russia and Israel have also established a hotline to avoid accidental clashes in Syria.