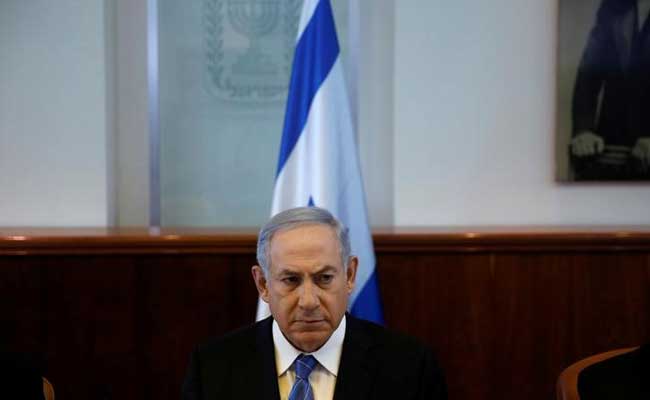 The rare public rebuke of a serving general was the latest example of Netanyahu taking action that appeared to put him at odds with top brass in a national debate on moral conduct in the conflict with the Palestinians.

In a speech on Wednesday on the eve of Israel's Holocaust remembrance day, Major-General Yair Golan evoked a dark time in the history of the Jewish people in calling on Israelis to engage in soul-searching.

"If there's something that frightens me about Holocaust remembrance it's the recognition of the nauseating processes that occurred in Europe in general, and particularly in Germany, back then - 70, 80 and 90 years ago - and finding signs of them here among us today in 2016," he said.

Golan's comments were widely interpreted as comparing behaviour of some in Israel with that of the Nazis, who killed six million Jews in the Holocaust of World War Two. In his speech the general made reference to a soldier who shot and killed a wounded Palestinian assailant, who was lying on the ground, in Hebron, in the occupied West Bank, in March.

Far-right members of Netanyahu's governing coalition demanded that Golan recant and accused him of dishonouring the dead. The prime minister, himself, made no public reference to the speech - until the weekly cabinet meeting on Sunday.

"The comparison that arose from the deputy chief of staff's comments on the processes that characterised Nazi Germany 80 years ago is outrageous," Netanyahu said. "They wrong Israeli society and cheapen the Holocaust."

Netanyahu has not commented on the general's future, but Miri Regev, a cabinet minister from his right-wing Likud party, called on Golan to resign.

In rebuking Golan, Netanyahu echoed criticism by far-right coalition partners, while distancing himself from Defence Minister Moshe Yaalon of Likud, who issued a statement on Thursday expressing his "total confidence" in the officer and praising commanders who provide a moral compass.

Political opponents have accused Netanyahu of not being supportive of the military over its court-martial of the soldier in the Hebron incident.

After the shooting, Israel's military chief, Gadi Eisenkot, publicly cautioned troops to use only "measured and considered force" against a wave of Palestinian street attacks and said those who deviate from orders would face punishment.

An opinion poll, however, showed 57 percent of Israelis believed the soldier should never have been arrested. And Netanyahu took the unusual step of telephoning the conscript's father to say "I understand your distress" and assure him of a fair investigation.
© Thomson Reuters 2016