According to the prosecutor, the driver had received potentially fatal wounds to the lower torso, to the neck, to his arms and upper right leg. 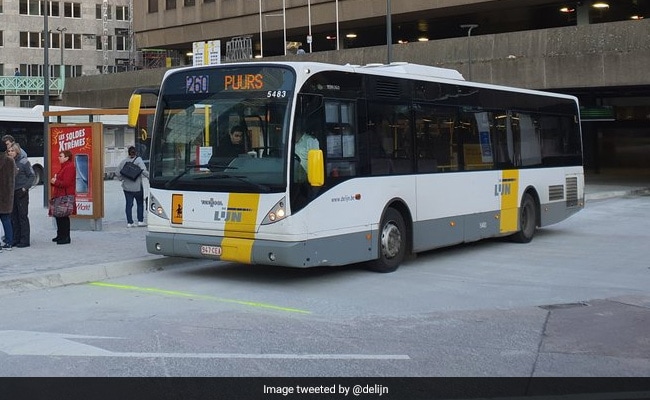 A Belgian bus driver was stabbed 10 times, receiving wounds to the neck and stomach, but continued to follow his route for another hour, officials said Friday.

According to the prosecutor's office in Antwerp, on Thursday the driver found himself a few minutes early in the town of Kontich and disembarked to have a smoke.

At this point a suspect appeared out of nowhere and attacked the 58-year-old -- "apparently with a knife" -- stabbing him repeatedly before fleeing the scene on foot.

The driver, working for public bus company De Lijn, boarded his bus and -- "probably in a state of shock" -- followed his route for another 15 kilometres (eight miles) to Lierre.

From the terminus, he then returned without passengers to his depot in Willebroek and only then, around an hour after the alleged attack, realised that he had been wounded.

According to the prosecutor, he had received potentially fatal wounds to the lower torso, to the neck, to his arms and upper right leg. An investigation has been launched.

(Except for the headline, this story has not been edited by NDTV staff and is published from a syndicated feed.)
Comments
Belgian bus driverBus driver stabbed