"According to our information, she is scheduled to head to Warsaw this evening," an Austrian foreign ministry spokesman told AFP. 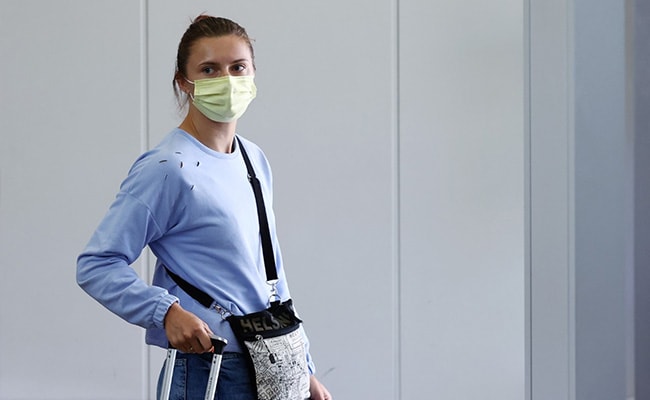 For the time being, Tsimanouskaya is not scheduled to give any news briefing during her Vienna stopover

Belarusian Olympic athlete Krystsina Tsimanouskaya was expected to land in Vienna shortly on a flight from Tokyo and then head to Poland on a humanitarian visa, the Austrian government said Wednesday.

"According to our information, she is scheduled to head to Warsaw this evening," an Austrian foreign ministry spokesman told AFP.

The 24-year-old sprinter has been at the centre of a diplomatic drama in the middle of the Games since seeking protection from Tokyo 2020 staff on Sunday, saying her team was trying to bundle her onto a plane after she publicly criticised her coaches.

And there was another unexpected twist on Wednesday, when the athlete made a last-minute switch and decided not to board her direct LOT flight from Tokyo to Warsaw.

Instead, she took an Austrian Airlines flight to Vienna, where the plane is scheduled to land at 3:00 pm (1300 GMT).

For the time being, Tsimanouskaya is not scheduled to give any news briefing during her Vienna stopover, the foreign ministry spokesman said.

Belarus has been wracked by political upheaval and a crackdown on dissent after disputed elections that returned strongman Alexander Lukashenko to power last year.

But her trouble in Tokyo came after she posted on her Instagram, criticising the coaches for entering her into a race without informing her first.

Her husband has now fled to Ukraine and the pair are expected to meet up in Poland, which is a staunch critic of Lukashenko's regime and has become home to a growing number of dissidents.

41 Dead, Over 700 Arrested As Anti-Hijab Protests Rage In Iran