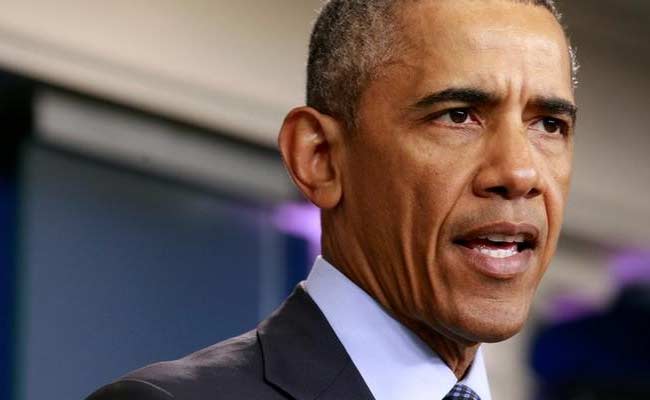 Barack Obama said 29-year-old Omar Mateen did appear to have been "inspired by various extremist information that was disseminated over the Internet." (AFP Photo)

Washington, United States: President Barack Obama said Monday there was no evidence that the massacre of 49 people in a Florida nightclub was directed from abroad or was part of a larger plot.

After being briefed on America's deadliest mass shooting in modern times by top security aides, Obama said "we don't yet know" the shooter's motivations.

Obama said 29-year-old Omar Mateen did appear to have been "inspired by various extremist information that was disseminated over the Internet."

"At this stage we see no clear evidence that he was directed externally," Obama said.

"It does appear that at the last minute he announced allegiance to ISIL, but there is no evidence so far that he was in fact directed by them," he said, using an acronym for the ISIS.

"There's also no direct evidence that he was part of a larger plot."

The White House said Obama will travel Thursday to Orlando to "pay his respects to victims' families, and to stand in solidarity with the community as they embark on their recovery."

Obama has branded the shooting as a "horrific massacre" resulting from terror and hate.

ISIS claimed responsibility for the massacre, saying in a radio bulletin that it was carried out by "one of the soldiers of the caliphate."

Inside the United States the political repercussions of the shooting have been swift, with liberals and conservatives clamoring to use it to justify either tougher gun control or tougher counterterrorism measures.

Amid the bickering, Obama urged unity.

"We're also looking at all the motivations of the killer, but it's a reminder that regardless of race, religion, faith or sexual orientation, we're all Americans."

"We need to be looking after each other and protecting each other at all times in the face of this kind of terrible act."