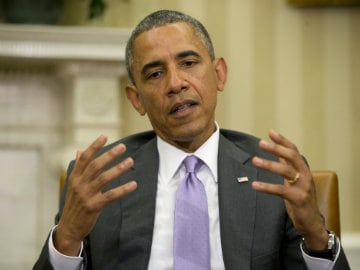 Washington: US President Barack Obama has appointed an eminent Indian-American scientist to a key science position in his administration.

A 1981-batch graduate in Physics from the Vivekananda College (University of Madras), Panchanathan worked as a Data Communication Engineer for International Software India Limited in Chennai, in 1986.

Panchanathan has a bachelor's degree in electronics and communication engineering from the Indian Institute of Science in Bangalore in 1984. He also has an M.Tech from the IIT, and a PhD from University of Ottawa, Canada.

He has held a number of positions at Arizona State University since 1998 and is a professor in Computing and Informatics there since 2009.

Promoted
Listen to the latest songs, only on JioSaavn.com
He has published over 400 papers in refereed journals and conferences and has mentored over 100 graduate students, post-docs, research engineers and research scientists who occupy leading positions in academia and industry.