A four-member bench of the Appellate Division rejected Islam's appeal against the capital punishment handed down by a high powered tribunal. 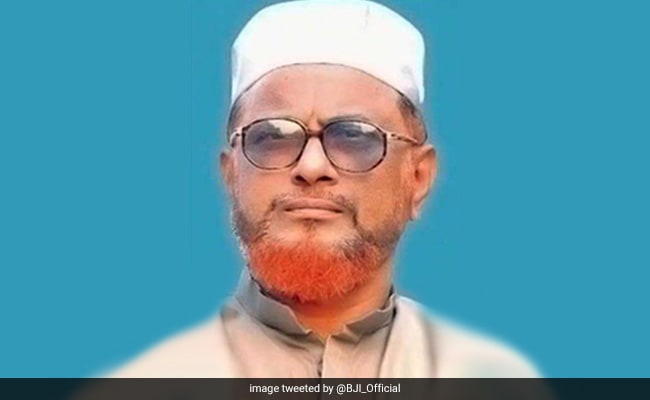 The Supreme Court in Bangladesh on Thursday upheld the death sentence to top Jamaat-e-Islami leader ATM Azharul Islam for committing war crimes during the 1971 Liberation War by siding with Pakistani troops.

A four-member bench of the Appellate Division rejected Islam's appeal against the capital punishment handed down by a high powered tribunal.

"Rejected," pronounced Chief Justice Syed Mahmud Hossain as he read out the verdict summary of the top court bench.

On January 28, 2015, Islam filed his appeal challenging the International Crimes Tribunal (ICT) verdict that sentenced him to death for war crimes.

Earlier on June 18, the Appellate Division started hearing arguments on the appeal from both the state and the defence. The bench completed the hearing and deferred the matter as a Case Awaiting Verdict (CAV) on July 10.

Islam's case was the eighth one to reach the final verdict as Bangladesh's Awami League government of Prime Minister Sheikh Hasina initiated the process to expose to justice the suspected war criminals of 1971.

Six of the convicts were by now executed with five being leaders of Jamaat, which was opposed to Bangladesh's 1971 independence. The sixth was a leader of BNP of ex-prime minister Khaleda Zia, who is now serving a 10-year imprisonment on graft charges.

A former Jamaat assistant secretary-general, Islam was a top leader of notorious Al Badr militia force, manned mainly by the extreme right-wing party's youth and student wing siding with the Pakistani troops in 1971.

He was accused of presiding over the killing of over 1,400 people, rape of many women, abduction and torture.

The Tribunal sentenced him to death on December 30, 2014 for committing crimes against humanity while he subsequently challenged the verdict before the top court.

According to the legal provisions, Islam could now seek a review of the judgment by the Appellate Division itself, and if rejected, could beg presidential clemency.

President Abdul Hamid has binned such appeals in previous such cases involving the war crimes.

Islam was arrested from his Moghbazar home in Dhaka in 2012 on the war crimes charges and now languishes at the high-security Kashimpur Jail on the outskirts of the capital.