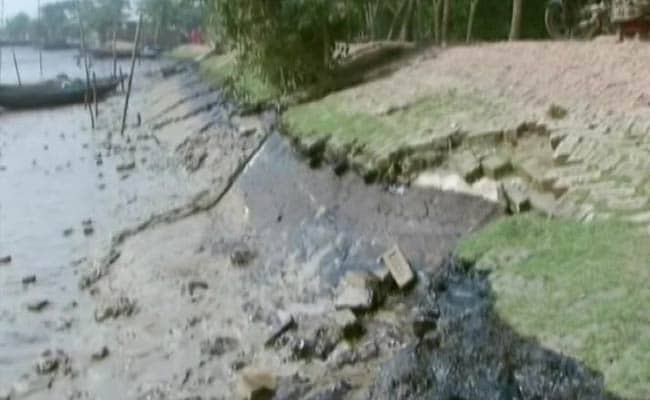 About 3,50,000 litres of furnace oil spilled in the river in Sunderbans.

Dhaka: Bangladesh today lifted a ban on cargo boats in the world's largest mangrove forest, imposed in the wake of last month's major oil spill in a rare dolphin sanctuary.

A tanker sank in the Sundarbans on December 9 spilling hundreds of thousands of litres of oil into the rivers and canals spread through the forest, triggering fears for dolphins and other endangered animals.

United Nations experts said last week they found "limited immediate impact" of the spill on the ecosystem, but recommended a permanent ban on the movement of transport boats and tankers through the Sundarbans.

However the government, under pressure from boat owners, said today that the main Shela river was being reopened until an alternate waterway was dredged, although oil tankers would remain banned.

"Vessels can ply through the Shela river temporarily in a controlled way until the dredging is completed in the (alternative) Mongla-Ghoshiakhali channel by June (this year)," a government statement said.

Part of the Shela river was declared a sanctuary for Irrawaddy and Ganges river dolphins in 2011, one of the animals' few protected habitats.

Last month's mishap prompted a massive outcry from environmentalists who demanded a permanent ban on using the river to transport goods between the country's west and southwest.

Promoted
Listen to the latest songs, only on JioSaavn.com
They said such spills could have a "catastrophic" impact on the 10,000 square kilometre (3,850 square mile) forest's delicate mangrove ecosystem and its scores of rare animals.

Straddling Bangladesh and India, the Sundarbans is also the largest native habitat for famed Bengal tigers. Part of the forest is a UNESCO-listed World Heritage Site.