He also posted their photos on social media, later saying he did not "understand social media well" and should have hidden the couples' faces. 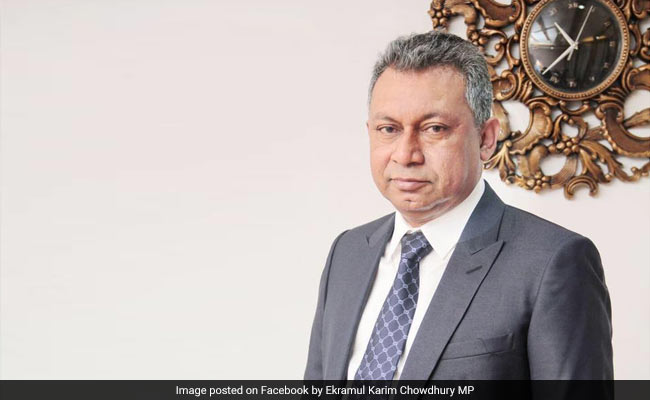 Ekramul Karim Chowdhury posted photos of the 18 teenagers to Facebook.

A Bangladeshi lawmaker has been slammed online for calling the police on teenage lovers kissing in a park and posting their photos on social media in the socially conservative country.

Ekramul Karim Chowdhury posted photos of the 18 teenagers to Facebook, where they quickly garnered thousands of comments.

But most users criticised him for his attempt at moral policing and for publishing images of the teens on the internet.

"It's not an MP's duty to police people roaming in the parks," Facebook user Fakhrul Islam wrote shortly after their images appeared on Tuesday.

The lawmaker, who represents southern Noakhali district, later deleted the post, saying he did not "understand social media well" and should have hidden the couples' faces.

"I saw some of them kissing in the public park while I was passing by. That's obscenity I will not tolerate in my constituency," he told AFP.

Chowdhury defended his actions, saying he did the right thing and would continue his "campaign".

"I welcome the criticisms. Otherwise, I wouldn't know what people are thinking," he said.

Local police chief Nabir Hossain said the students were handed over to their parents.

"We told the students not to go to parks and skip school... It's not good for them," he added.

Kissing in public is a big social taboo in the Muslim majority nation.