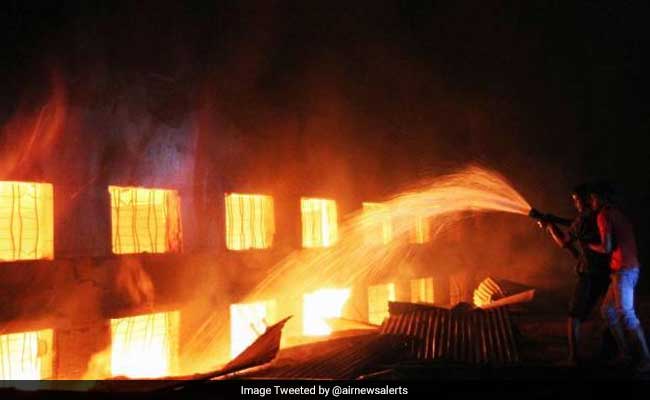 A fire broke out at a garment factory in Bangladesh today. 12 people have died, dozens injured.

Dhaka: A fire broke out in a garment packaging factory just outside the Bangladeshi capital on Saturday, killing at least 12 people, police and witnesses said.

Dozens more were taken to hospital with injuries as firemen struggle to control the blaze in the four-storey building, one fire official said.

"The fire broke out in the morning just when work was about to start," said the official, Mohammad Akhtaruzzaman.

The reason for the fire in the industrial zone of Tongi, 20 km (12 miles) north of Dhaka, was not immediately known. Around 100 people were in the building when it began.

Promoted
Listen to the latest songs, only on JioSaavn.com
Ready-made garments are the mainstay of the Bangladeshi economy, and earned $28 billion in exports during the fiscal year that ended in June.

Weak fire protection systems are common in factories in Bangladesh, where more than 1,100 workers died in a 2013 building collapse that ranks as the country's worst industrial disaster.
© Thomson Reuters 2016