Surendra Kumar Sinha, who led the Supreme Court to a landmark verdict on judicial oversight in August that went against the government, left Bangladesh last month. 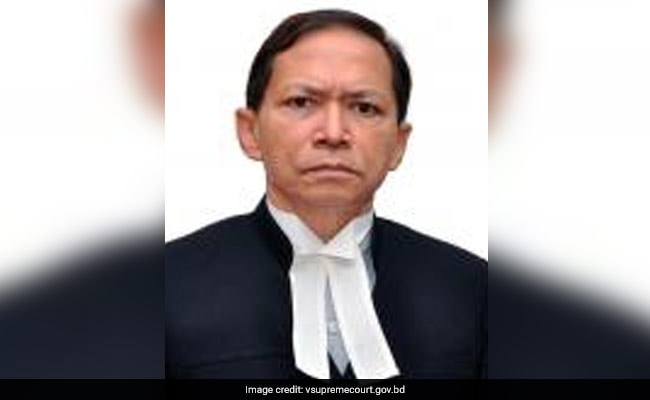 Dhaka: Bangladesh on Saturday said its chief justice has tendered his resignation from overseas in the wake of government corruption allegations, as opposition groups raised fears that his departure was a blow to judicial independence.

Surendra Kumar Sinha, who led the Supreme Court to a landmark verdict on judicial oversight in August that went against the government, left Bangladesh last month amid widespread rumours that he had been pressured to step aside.

Sinha, who is believed to be visiting his daughter in Canada, was accused of serious crimes last month including money laundering and financial irregularities, just a day after he departed on a month-long leave, expressing his fears for judicial independence in the nation.

"We've never heard before of a sitting chief justice resigning," he told AFP. "He has been forced to resign. This is a direct attack on the independence of the judiciary."

A rare statement from the Supreme Court in October said other top judges had refused to sit with him at the top bench after he was accused of serious crimes such as graft.

The saga comes just months after Sinha led the Supreme Court in scrapping parliament's power to sack top judges - a move hailed by lawyers as a crucial safeguard for a secular judiciary in the Muslim-majority nation.

In a written statement issued before his departure, Sinha expressed dismay over criticism he had faced from the government over that ruling and said he was a "bit worried about the independence of the judiciary".

Promoted
Listen to the latest songs, only on JioSaavn.com
Sinha had previously insisted he would return to Bangladesh once his leave ended on November 10.