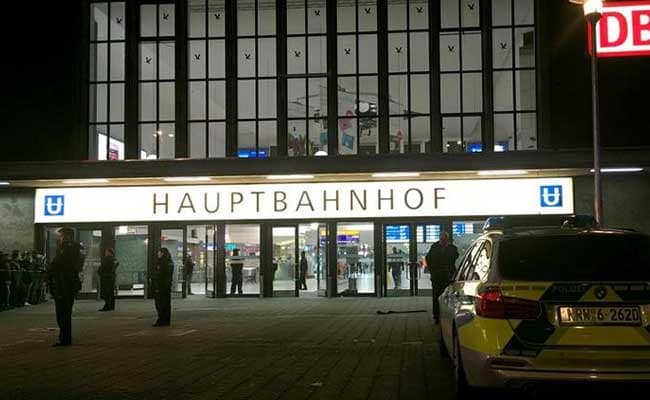 Dusseldorf: German police have arrested an axe-wielding attacker believed to be suffering from mental health issues after he injured seven people at the main train station in Duesseldorf.

According to a witness, the 36-year-old man from the former Yugoslavia jumped out of a train late on Thursday evening and started hacking randomly at people, leaving blood everywhere.

Armed police commandos in balaclavas and bullet-proof vests backed by police helicopters rushed to the station and captured the axeman after he leapt off a bridge to evade arrest.

'Out of the seven injured, three were badly hurt and four were slightly injured,' police said.

A police spokesman told AFP on Friday morning that they had ruled out an Islamic fundamentalist motive for the attack.

Investigators had earlier said the man was in an 'exceptional mental state' at the time of the rampage and 'it's because of this state that he carried out this act.'

Germany is on edge after a string of attacks in recent months -- many carried out by people with mental health problems -- culminating in a truck attack on a Berlin Christmas market claimed by the ISIS.

Police have been unable to interview the Duesseldorf attacker as his injuries from jumping off the bridge were too severe, according to local news agency DPA.

Authorities originally said several attackers were involved, but after determining the man was the sole person responsible and taking him into custody, the station was reopened shortly before midnight.

'We were on the platform waiting for the train. The train arrived and suddenly someone with an axe came out and started attacking people,' an unnamed witness told Bild.

'There was blood everywhere,' Bild quoted the witness as saying.

Peter Altmaier, a close adviser to German Chancellor Angela Merkel, wrote on Twitter: 'Our compassion and our thoughts go out to the injured.'

The city's mayor Thomas Geisel also reached out to victims.

'It's a huge blow for Duesseldorf. Many people are in shock. I'd like to thank the police. My thoughts go out to the victims and their families,' he said.

German authorities have been on alert for attacks, especially since an assault claimed by the ISIS group in December when a hijacked truck ploughed into a Berlin Christmas market, killing 12 people.

According to German security services, there are about 10,000 radical Islamists in the country, of whom 1,600 have suspected links to terror groups.

However, there have been several attacks in Germany recently where the assailants have turned out to be psychologically unstable.

In July, a 17-year-old migrant wielding an axe and a knife went on a rampage on a train in Bavaria, southern Germany, seriously injuring four members of a tourist family from Hong Kong and a passer-by.

That attacker was later found to be mentally unbalanced.

In February, a 35-year-old German national, who according to media was also suffering from psychiatric problems, drove his car into passers-by in Heidelberg, south-west Germany, killing one and injuring two.

(Except for the headline, this story has not been edited by NDTV staff and is published from a syndicated feed.)
Promoted
Listen to the latest songs, only on JioSaavn.com
Comments
axe-wielding attackerDuesseldorfpsychologically unstable attacker at GermanyGerman policeHate crimeFundamentalismISIS