Avicii Dead At 28: Swedish DJ Became An EDM Star With Hits "Levels" And "Wake Me Up"

In 2012, Avicii debuted remixes of Madonna's "Girls Gone Wild" and Lenny Kravitz's "Superlove" at the Ultra Music Festival in Miami. 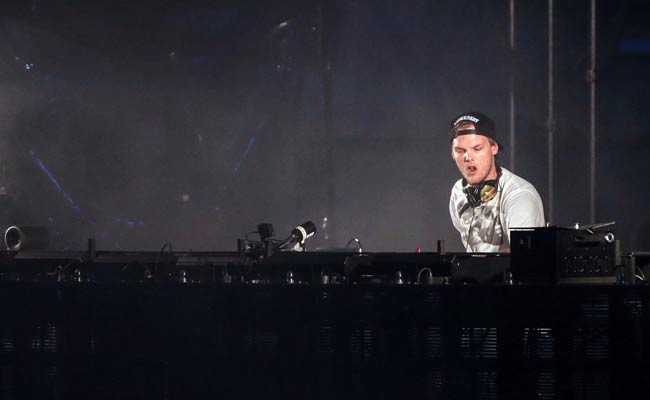 The cause of death of DJ Avicii has not yet been released.

Swedish DJ and producer Avicii was found dead on Friday, his publicist confirmed. He was 28.

"It is with profound sorrow that we announce the loss of Tim Bergling, also known as Avicii," his publicist said in a statement. "He was found dead in Muscat, Oman this Friday afternoon local time, April 20th. The family is devastated and we ask everyone to please respect their need for privacy in this difficult time. No further statements will be given."

The cause of death has not yet been released.

Avicii gained mainstream popularity and became one of the decade's first major EDM stars in 2011 on the strength of his self-produced single "Levels." The breakout hit sampled Etta James' "Something's Got a Hold on Me" and was the primary sample in rapper Flo Rida's hit "Good Feeling." The DJ quickly transformed into the face of EDM, performing around 300 gigs both that year and the next. "Levels" and "Sunshine," a collaboration with French DJ David Guetta, received Grammy nominations for best dance recording.

In 2012, Avicii debuted remixes of Madonna's "Girls Gone Wild" and Lenny Kravitz's "Superlove" at the Ultra Music Festival in Miami. (Speaking about working with Madonna, he told The Washington Post in 2012: "That was really cool for me because she's such a musical icon, and it was just an honor.") He headlined the Lollapalooza music festival in Chicago that same year and tirelessly kept his career going, his music once again blaring on mainstream radio stations with 2013's "Wake Me Up." His most recent release, "AVICI (01)," received a Billboard Music Award nomination for top dance/electronic album on Tuesday.

Sony/ATV Music Publishing, Avicii's music publisher since 2010, issued the following statement on Friday: "We are mourning the incredibly sad loss of an exceptionally creative talent who we have been honored and proud to represent as one of our songwriters for a number of years. Our thoughts are with his family at this time."

Avicii canceled tour dates in 2014 after having his gall bladder and appendix removed. He had been hospitalized twice in the preceding two years for acute pancreatitis, according to Billboard, and eventually retired from touring in 2016.

"Two weeks ago, I took the time to drive across the U.S. with my friends and team, to just look and see and think about things in a new way," he shared in a public letter, according to Billboard. "It really helped me realize that I needed to make the change that I'd been struggling with for a while."

Several of Avicii's peers reacted to the news of his death on Twitter Friday afternoon.

Fellow DJ and music producer Calvin Harris called Avicii "a beautiful soul, passionate and extremely talented with so much more to do, and deadmau5 tweeted that "nobody can deny what he has accomplished and done for modern dance music." Imagine Dragons referred to working with Avicii as "one of my favorite collaborative moments."

Promoted
Listen to the latest songs, only on JioSaavn.com
---
The Washington Post's Elahe Izadi contributed to this report.