"Endgame" is the culmination of a story told in 22 Marvel Studios films that have drawn crowds to cinemas for a decade. 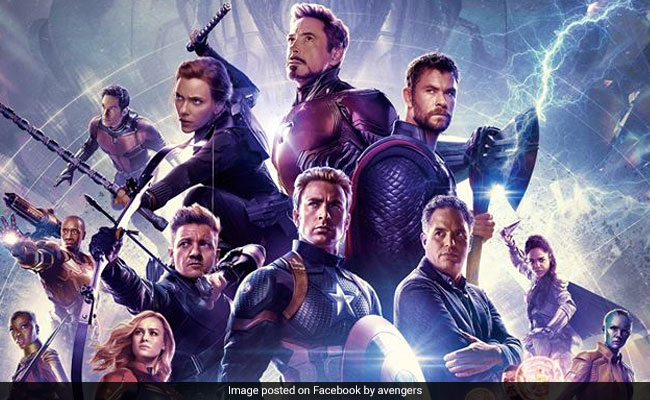 Avengers made history in China, Brazil, France, Egypt, South Africa and 38 other markets.

Fans around the globe packed movie theaters for the debut of "Avengers: Endgame" over the weekend, pushing total ticket sales for the Walt Disney Co superhero spectacle to a stunning $1.2 billion and crushing records in dozens of countries.

"Endgame" generated an unprecedented $350 million in the United States and Canada from Thursday night through Sunday, according to Disney estimates. The three-hour action spectacle that revealed the fates of Iron Man, Thor and other popular comic-book heroes also made history in China, Brazil, France, Egypt, South Africa and 38 other markets.

In China, the world's second-largest movie market, "Endgame" collected $330.5 million since its debut on Wednesday.

The historic weekend helps put Disney on course for what analysts say looks like an unparalleled year. The company is set to release "The Lion King," "Toy Story 4" and several other potential blockbusters in the coming months.

"Endgame" is unique because it is the culmination of a story told in 22 Marvel Studios films that have drawn crowds to cinemas for a decade.

Audiences "have proven over and over again that they care about these characters," said Cathleen Taff, Disney's head of theatrical distribution. "I think they wanted to see how this epic story resolves itself."

Just days ago, the movie industry was divided on whether "Endgame" had a shot at hitting $300 million in the domestic market. The movie blew past that level and landed far above the previous record of $257.7 million set a year ago by "Avengers: Infinity War."

That film ended with a cliffhanger in which many heroes appeared to turn to dust, stoking anticipation for "Endgame."

To meet demand, theaters added showtimes and sold out shows at odd hours such as 7 a.m. AMC Entertainment, operators of the world's largest theater chain, kept some locations open for 72 hours straight to keep running "Endgame."

Even the lofty estimates from box office prognosticators proved too low.

"What we didn't count on is that fans would show up happily at three in the morning for a three-hour movie," said Paul Dergarabedian, senior media analyst at measurement company Comscore. "We are in completely uncharted territory here."

"Endgame" proved to be a global cultural phenomenon.

A sign at a London subway station urged riders not to talk about the movie's plot so they would not spoil it for others, according to a photo posted on Twitter by Disney Chief Executive Bob Iger.

Some fans in China paid more than 500 yuan, or $74.14, for "Endgame" tickets on the gray market, far more than the average 60 yuan average price at cinemas nationwide.

In Hollywood, Susan Macias, 44, watched all 22 Marvel films at the historic El Capitan Theatre in a sold-out marathon that concluded with "Endgame."

"It was well worth the three days of being in there," Macias said afterward. "I'm just full of emotions."

(Except for the headline, this story has not been edited by NDTV staff and is published from a syndicated feed.)
Comments
Avengers EndgameAvengers Endgame box office