Australia's economy created an additional 92,400 full-time jobs in the month, the Australian Bureau of Statistics said. 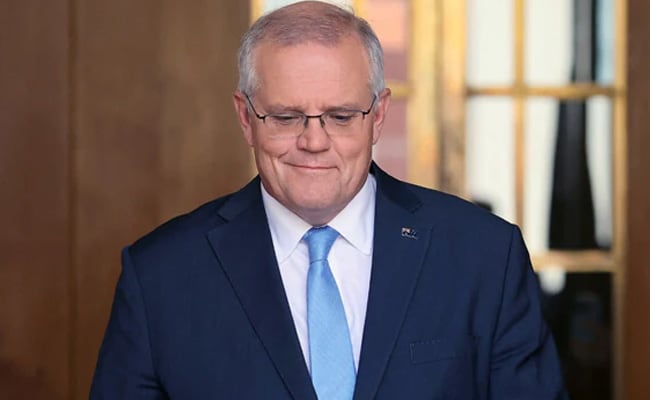 Australia posted its lowest jobless rate in 48 years Thursday, a potential pre-election boost to Prime Minister Scott Morrison, who is fighting to stay in power.

It was the lowest unemployment level since 1974 -- when flared trousers were in fashion and US president Richard Nixon resigned over the Watergate scandal.

"More Australians are in work now than ever before," said the ruling conservative Liberal-National Party coalition's employment minister, Stuart Robert.

"Even in the face of global shocks like the war in Europe, Australia's economy has remained resilient," he boasted. "Now is not the time to risk our economy on an opposition that has no plan and makes things up on the run."

Opinion polls show the ruling conservative coalition lagging a little behind the opposition Labor Party in a tightening election race.

Surveys indicate the rising cost of living, not employment, is a priority for voters.

Opposition Labor Party leader Anthony Albanese's economic credentials have been questioned by Morrison, notably since he forgot the unemployment rate when quizzed by reporters more than a month ago.

Albanese has said he supports a rise in the minimum wage in line with inflation, which has shot up to 5.1 percent as prices soar in the shops, at gasoline stations and on the housing market.

That helped to trim April's seasonally adjusted unemployment rate just slightly below the revised 3.93 percent rate of the previous month.

Many employers say they are struggling to find staff in the tight jobs market.

"I know for chefs, they can have multiple job offers at a time. And even candidates that we're speaking to, they're sitting on offers for weeks while they still canvass the market," he told AFP.

More foreign jobseekers were becoming available, he said, since the re-opening of Australia's international borders, which were shuttered for nearly two years to keep out the Covid-19 virus.