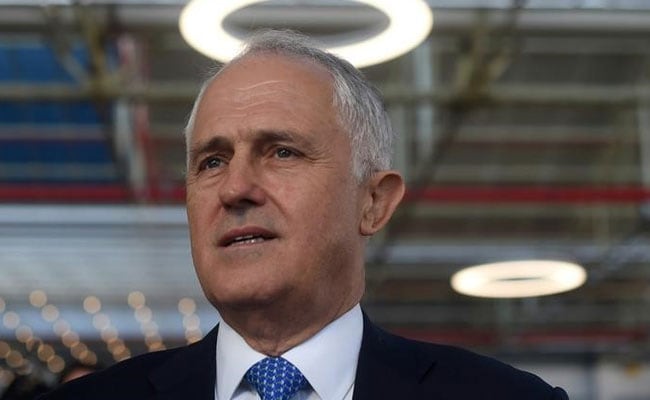 Malcolm Turnbull aims to increase security due to the recent attacks in US and Europe. (File Photo)

Sydney, Australia: High-risk terror offenders may be kept in jail after their sentences finish, Australian officials said as they move to tighten security laws following attacks in the United States and Europe.

Prime Minister Malcolm Turnbull said the proposed changes were prompted by an increase in the frequency and severity of attacks around the world as he noted the recent mass shooting in Orlando and a lorry attack in Nice, France.

"In the wake of Orlando, Nice, and other terrorist incidents, as well as our own experience... we cannot afford for a moment to be complacent," Turnbull said.

In response to the evolving threat, he said Australia, which has already ramped up security laws since 2014, would move to keep high-risk terrorists in detention beyond the completion of their sentences.

"This legislation will enable additional periods of imprisonment for terrorist offenders who have served their sentences but are still judged to present an unacceptable risk to the community," he said in a statement.

The proposal, to be discussed with state and territory officials who must then pass legislation, is similar to arrangements already in place for sex offenders and extremely violent individuals in some states.

Attorney-General George Brandis said the extension of detention would be a court supervised process with regular reviews and reassessments.

"It will of course only apply to individuals who, as they approach the end of a sentence of imprisonment, continue to pose an unacceptably high risk to the community because of their failure to be rehabilitated as a result of a penal sentence," he said.

Brandis said the government would also move to lower the age at which people can be subject to a control order -- which aims to prevent a terror attack by limiting a person's movements, communications and activities -- from 16 to 14.

It would also legislate to introduce a new offence of advocacy of genocide targeting those preaching hate, he added.

The prime minister said the steps were necessary but proportionate.

"They balance the need to keep the community safe with our commitment to privacy and the rights of the individual," Turnbull said, stressing that ultimately it was vitally important ISIS insurgents be defeated in the field.

But in moving to ramp up legislation, he said authorities still faced the difficulty of finding offenders who were under the radar, with no known reason for their radicalisation, and tackling this required strong intelligence.

He also noted that the attack in Nice, in which a lorry was driven into a crowd for two kilometres, killing 84 people, raised the prospect of better safeguarding public spaces where large numbers of people gathered.

"It's important that we continue to learn from incidents everywhere because our enemies are learning from them as well," Turnbull said.