Australia bushfire crisis cloaked major cities including Sydney in smoke for weeks on end, saw towns cut off and prompted the deployment of the military to rescue stranded citizens. 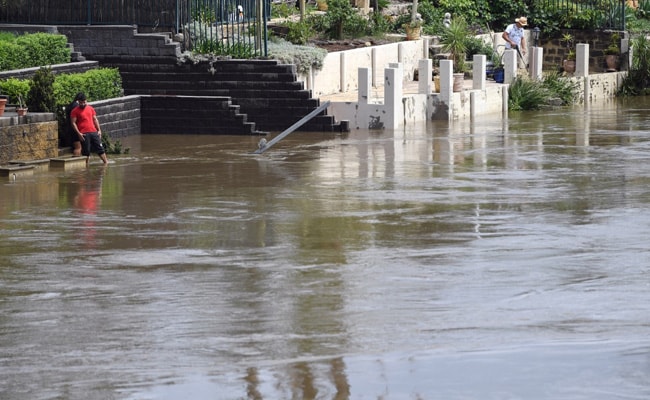 Heavy rain are causing flash floods in parts of Australia

All the blazes in Australia's hard-hit state of New South Wales have been brought under control, firefighters said on Thursday, signalling the end of a "black summer" that claimed 33 lives nationwide.

But heavy rain that helped extinguish the blazes that have raged along the east coast since September are causing flash floods in parts of the state, posing new problems for some residents.

"Not all fires are out, there's still some fire activity in the far south of the state but all fires are contained so we can really focus on helping people rebuild," the state's fire service deputy commissioner Rob Rogers said on Twitter.

Bushfires scorched more than 10 million hectares in the country's east and south, killing at least 33 people and an estimated one billion animals, while destroying more than 2,500 homes.

The crisis cloaked major cities including Sydney in smoke for weeks on end, saw towns cut off and prompted the deployment of the military to rescue stranded citizens.

Beleaguered volunteer firefighters have fought the blazes day-in-day-out in what has been described as Australia's "black summer".

The fires were exacerbated by prolonged drought and worsened by climate change in the country's hottest and driest year on record.

Days of recent rainfall have extinguished the largest fires and brought those that remain under control.

In the Australian Capital Territory around Canberra firefighters are still trying to bring one blaze under control, but it was not said to be threatening.

Attention has now turned to tackling flash flooding expected in the coming days following the heaviest rains in 30 years.

On Thursday dams near Sydney overflowed after days of torrential rain, a spectacular reversal from months of drought.

The Nepean dam was just a third full less than a week ago, but on Thursday video footage showing water cascading over the dam wall.

Hundreds of people have been rescued from floodwaters in recent days.

Wild weather is set to ramp up again from Friday, with the Bureau of Meteorology forecasting ex-Tropical Cyclone Uesi would bring "damaging to destructive winds" and heavy rainfall to remote tourist destination Lord Howe Island.

"Any showers and thunderstorms that do develop are falling on already saturated catchments, so there is a risk with severe thunderstorms of flash flooding," she said.