Covid in Australia: Australia's Prime Minister Scott Morrison said "We have to live with this virus" as Australia registers more cases of the Omicron variant 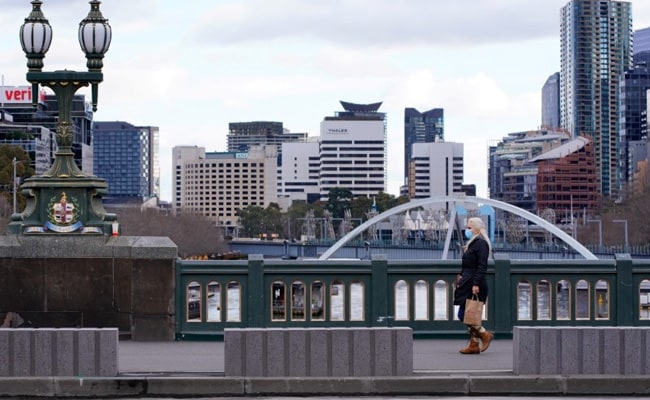 Australia reported a record daily tally of nearly 50,000 Covid-19 cases Tuesday as the Omicron variant raced through the population and sent people scrambling for tests.

Australia had successfully suppressed infections for much of the pandemic through border closures and aggressive testing and tracing.

But an earlier wave fuelled by the Delta variant dashed zero-Covid ambitions in much of the country, including the major cities Sydney and Melbourne.

Now, like many countries, it relies on vaccines for protection with 91.5 percent of the over-16 population fully vaccinated. About 2.5 million people have received a booster.

Deputy chief medical officer Sonya Bennett said Australia had recorded 47,738 infections in the past 24 hours, up from about 38,000 cases the previous day, as the Omicron variant took hold.

Covid cases being treated in hospitals across the country had nearly doubled in a week to 2,362 infections, she said.

But the number in intensive care was much smaller: 184. And of those, 59 were on a ventilator -- unchanged from a week ago.

"Talking about those significant case numbers, they do continue to rise. They are large numbers that we have never before seen in Australia," Bennett said.

"I think at this point we all know somebody who has either got Covid or we have got coworkers off work because they are quarantining or isolating or we have had events cancelled and other impacts in our daily lives."

Early evidence indicated that most Covid patients in intensive care had been infected with the Delta variant, she said, and a significant proportion had not been fully vaccinated or were suffering from other illnesses.

"We are at another stage of this pandemic now where we just cannot go round and make everything free," Morrison said Monday.

"We have to live with this virus."