At Least 48 Killed In Bombings In North Nigeria 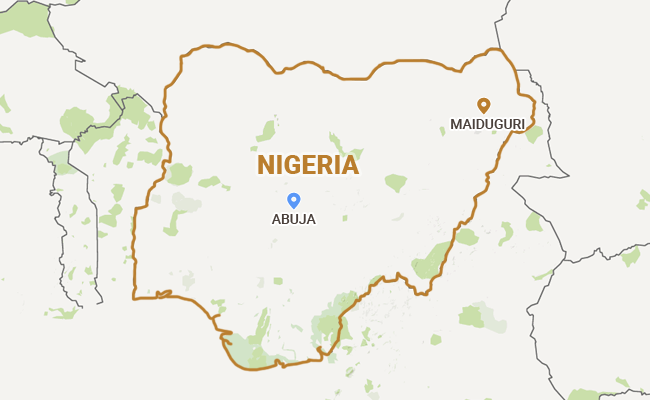 Maiduguri/Yola, Nigeria: At least 48 people were killed in suicide attacks and bombings on Monday in two cities in northern Nigeria where the jihadist Boko Haram group is waging a six-year campaign to create an Islamic state, officials and residents said.

The attacks came a day after the army fought Boko Haram militants west of Maiduguri, capital of Borno state and birthplace of their insurgency in the northeast of Africa's most populous country.

There was no immediate claim of responsibility but the blasts bore the hallmarks of the group, whose insurgency has killed thousands and displaced some 2.1 million people in the region.

The first blast on Monday took place at a mosque in a Maiduguri suburb where the army had exchanged fire on Sunday with suspected Boko Haram fighters who it said had tried to slip into the town to carry out suicide bombings.

Around 20 people were killed and 91 wounded, said Mohammed Kanar, a local official in the national relief agency NEMA.

Musa Abdukadir, a resident, said he had counted more than 50 bodies in the hospital after the blast. Medics had told him more bodies had been brought to two other hospitals. The count included victims from Sunday's fighting.

"We all fled yesterday as our houses were on fire. This morning we came back, and while we were counting the people who had burnt in the houses, another bomb exploded," said Ibrahim Goni, another resident.

There was a second attack, army commander Lamidi Adeoshun, told reporters, but no more details were immediately available.

South of Borno in Madagali in Adamawa state two female suicide bombers blew themselves up at a crowded meat and fish market, killing many people, according to Victor Ezegwu, another army commander. At least 30 people were wounded.

He gave no precise toll but Dauda John, a resident, said he had helped security agents load 28 bodies on two trucks.

An army counter-offensive earlier this year recaptured most of the territory Boko Haram had seized over the past few years. Boko Haram has since reverted to a strategy of hitting soft targets such as markets, bus stations and places of worship, as well as hit-and-run attacks on villages, mainly in Borno state.
© Thomson Reuters 2015