At Least 47 Dead in Market Bomb Blast in Northeast Nigeria 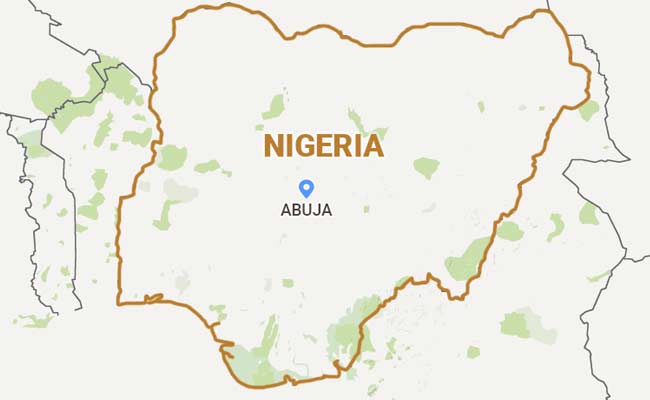 Kano, Nigeria: At least 47 people were killed and dozens wounded in a bomb blast Tuesday in a part of northeast Nigeria frequently targeted by Boko Haram Islamists, a medical source and witnesses said.

The explosion ripped through the weekly market in the village of Sabon Gari, around 135 kilometres (85 miles) south of Borno state capital Maiduguri, during peak trading around 1:15 pm (1230 GMT), the sources said.

"We have received at least 47 dead bodies and at least 50 with injuries from the Sabon Gari market, where there was a blast this afternoon," a nurse at Biu General Hospital, around 50 kilometres (30 miles) away, told AFP.

He said the injuries from the blast are mostly "severe", meaning the death toll could continue to rise.

"The explosion happened inside the market at the mobile phone section, near the livestock section of the market," said Yuram Bura, a member of a local vigilante group fighting Boko Haram alongside the army.

"It was concealed in a knapsack used for spraying herbicides. It was smuggled into the market and apparently abandoned."

Witnesses said the blast bore the hallmarks of Boko Haram, which has previously targeted crowded bus stations, markets, mosques and churches during its bloody six-year insurgency.

"Following the explosion everybody fled the market because of fear of more explosions. However, vigilantes and volunteers went to the scene and were able to evacuate the victims," Samaila Biu, a local trader, told AFP.

"Soldiers were also deployed... The market has been closed."

The attack came two days after jihadists shot dead four people and abducted five others in an ambush on a highway in the same area on Sunday, according to local vigilantes.

Gunmen suspected to be from Boko Haram also killed eight people at the end of July in a raid on a village near Biu, the biggest town in southern Borno, the state which has borne the brunt of the insurgency.

Boko Haram has killed more than 15,000 people since 2009 and has increasingly spread across the country's borders, with Chad and Cameroon suffering deadly suicide bombings in recent months.

Nigeria, Chad, Cameroon and Niger launched a joint military fightback this year, with Benin set to join a new multi-national force due to go into action shortly.

Boko Haram has increased the frequency and intensity of its attacks since Muhammadu Buhari became president on May 29. Since then, more than 900 people have been killed in Nigeria alone, according to an AFP count.

Buhari has vowed to crush the insurgency, which has made more than 1.5 million homeless since 2009.

He announced on Friday that Nigeria would step up domestic arms manufacture for the military to cut its reliance on foreign weaponry in its fight with the Islamists.

He has instructed the defence ministry to create "a modest military industrial complex for the local production of weapons to meet some of the requirements of the country's armed forces", his office said in a statement.

Buhari's victory triggered a wave of optimism for oil-rich Nigeria, which has Africa's biggest population and economy but many deep and seemingly intractable problems.

The military has long argued that it is hampered by a lack of weaponry, and Buhari warned Washington last month that a US refusal to arm his troops because of "so-called human rights violations" was helping Boko Haram.

The US has vowed to help Nigeria defeat the insurgency but it is prohibited under law from sending weapons to countries that fail to tackle human rights abuses.

As it struggles with the insurgency at home, Nigeria is taking steps to prevent the export of terror abroad, it said earlier on Wednesday, with a crackdown on young adults leaving with no apparent means of supporting themselves.

Immigration officials said almost 24,000 nationals aged 17 to 35 were turned back at the border between January 2014 and March this year.

"There have been reports in recent times of some Nigerians departing to join terrorist groups especially in the Middle East and north Africa," Nigerian Immigration Service (NIS) spokesman Chukwuemeka Obua told AFP.

The crackdown sought to prevent young Nigerians being "lured into terrorism, prostitution, slavery and other untoward activities abroad", the NIS said in a statement.