At 95, War Veteran Breaks Own Record, Scuba-Dives For 44 Minutes 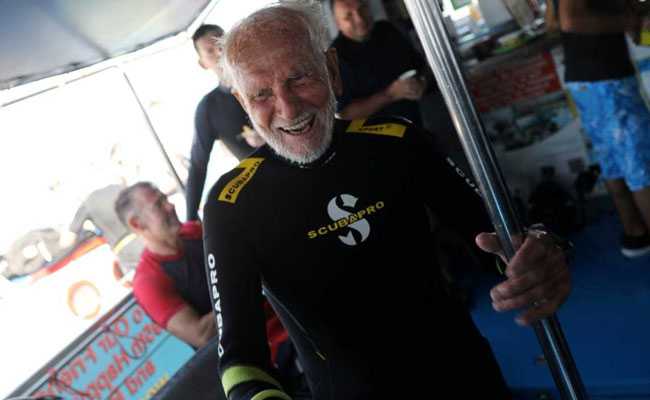 A 95-year-old British veteran of World War Two broke his own record on Saturday as the world's oldest scuba diver after taking the plunge to explore a shipwreck off Cyprus.

Ray Woolley, who turned 95 on Aug. 28, already holds the record as the oldest active male scuba diver. On Saturday he dived for 44 minutes at a depth of 40.6 metres, beating his previous record of 41 minutes and 38.1 metres - when he was 94.

"We did it...I feel great. It's lovely to break my record again and I hope if I can keep fit I will break it again next year with all of you," Woolley said moments after emerging from the water. 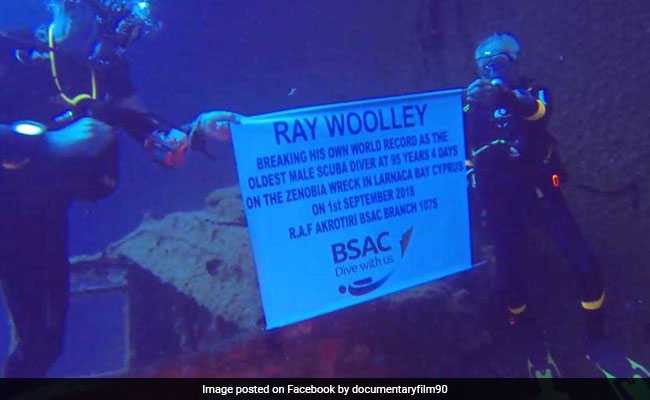 Ray Woolley, pioneer diver and World War 2 veteran, celebrates breaking a new diving record as he turns 95 and took the plunge at the Zenobia, Cyprus.

Woolley and dozens of other divers scoured the watery depths around the shipwreck of the Zenobia, a cargo vessel laden with trucks that sank about 2 km off the southern Cypriot town of Larnaca in 1980 on its maiden voyage.

Woolley, originally from Port Sunlight in northwest England who now lives in Cyprus, said he had first visited the wreck in 1982. A radio operator in the Second World War, he has been diving for 58 years.

"I am trying to prove to myself, and I hope to other people, that exercise, especially when you are getting to around my age, is most important to do," he told reporters after returning to land.

Zenobia, which now lies on its side with its 90-odd trucks still chained to the vessel, is extremely popular with divers and about 60,000 visit the site each year.