At 50, Europe's Oldest Nuclear Reactor In Switzerland Not Ready To Retire

Commercial operation began at the plant in the northern canton of Aargau, near the German border, on December 9, 1969 - back when The Beatles were still together and a man had just walked on the Moon 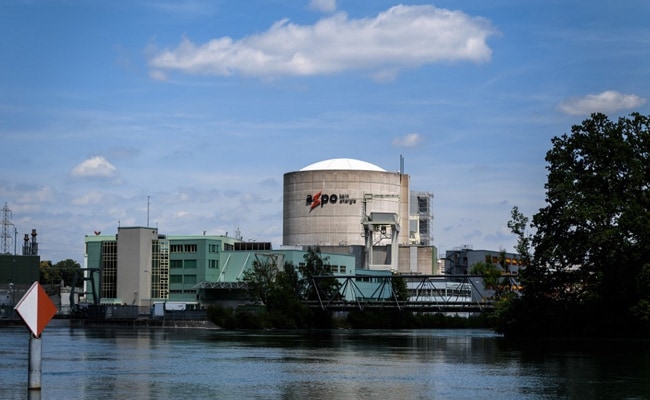 Europe's oldest functioning nuclear reactor, at Switzerland's Beznau plant, will turn 50 next week -- a lifespan deemed dangerously long by environmentalists who are demanding that it be shut down immediately.

Commercial operation began at the plant in the northern canton of Aargau, near the German border, on December 9, 1969 -- back when The Beatles were still together and a man had just walked on the Moon.

Fifty years later, a message in German is printed in white letters on a bright blue wall of the building housing Reactor 1: "Anniversary 1969-2019. 355,000 hours of service".

Beznau 1 is one of the very oldest reactors in operation today, following only reactors 1 and 2 at Tarapur in western India, which went online in October 1969, according to the International Atomic Energy Agency (IAEA).

"It's a privilege to work here," Michael Dost, director of the plant run by Swiss power company Axpo, said during a media tour of Switzerland's first nuclear plant earlier this year.

He said he was proud to work at such a productive monument of industrial history.

The plant's two ageing reactors (Reactor 2 began operating in 1971) together still pump out around 6,000 gigawatts per hour -- equivalent to twice the electrical consumption of Switzerland's largest city, Zurich.

Showing off a command centre with large control panels and colourful buttons reminiscent of the 1960s, Dost insisted that the plant's age was not an issue.

"A lot of work has been done here," he told AFP, noting that in recent decades "components have been altered and new equipment has been built, so we meet all technical requirements that can be placed on a nuclear plant."

The Swiss Nuclear Safety Inspectorate (ENSI) meanwhile told AFP that "Beznau 1 has proven that it fulfils all regulatory requirements thanks to significant equipment updates."

But critics warn that the renovations do not compensate for the reactor's advanced age.

"I fully acknowledge that large sums have been invested in this plant, but you can't transform a Volkswagen Beetle into a Tesla just by investing in security upgrades," Florian Kasser, a nuclear expert with Greenpeace Switzerland, told AFP.

He noted that the last time the plant was shut for repairs -- between 2015 and 2017 -- analyses were carried out after flaws were discovered in the steel of the reactor's pressurised water tanks.

In a finding later confirmed by ENSI, experts concluded that the flaws were not linked to the operation of the reactor, and posed no safety risk.

But Greenpeace maintains that the tests did not take into account the effects of radioactivity on the wear and tear of the tank.

The Green Party, which saw huge gains in recent parliamentary elections, agrees with that position and has demanded the plant's immediate closure.

The Beznau plant had become a touchstone of the heated debate about nuclear safety in Switzerland that intensified following the 2011 Fukushima nuclear disaster in Japan.

In the aftermath of Fukushima, Switzerland announced plans to phase out nuclear energy and close its four plants, but no clear timeline has been set.

In a popular vote three years ago, the Swiss rejected a call to speed up the phaseout of the plants by decommissioning all reactors over the age of 45.

"The operational lifespan of the plants has not been defined," the Swiss department of energy told AFP.

As a result, it said, they could run for as long as ENSI deemed them safe, and as long as the operator found it financially viable to continue investing in the required safety upgrades.

Dost said he believed Beznau still has much to give.

"We believe we can keep the plant running until around 2030," he said, acknowledging that after that it might be time to think about retirement.