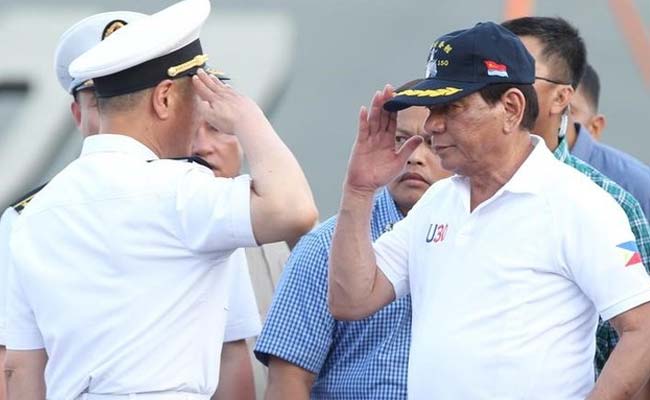 Manila: Across Asia, more and more countries are being pulled into Beijing's orbit, with the timid stance adopted by Southeast Asian nations on the South China Sea at a weekend summit a clear sign this fundamental geostrategic shift is gathering momentum.

U.S. President Donald Trump's flurry of calls at the weekend to the leaders of the Philippines, Thailand and Singapore might cheer those who fear his predecessor Barack Obama's "pivot" to Asia has been abandoned in favour of an "America First" agenda.

But White House Chief of Staff Reince Priebus said the conversations were aimed at lining up Asian partners in case tensions over North Korea lead to "nuclear and massive destruction in Asia", and mentioned no broader strategic goal.

Southeast Asian nations will need more than that to convince them the United States still has their backs.

In the meantime, some are leaning closer to China, soft-pedalling quarrels over the disputed South China Sea and angling for a slice of Beijing's "One Belt, One Road" infrastructure investment programme to compensate for the U.S. abandonment of the Trans-Pacific Partnership trade pact.

The unexpected bonhomie that has emerged between Trump and Chinese President Xi Jinping could give Asian countries further confidence to continue their swing towards Beijing.

"Before, most Southeast Asian states wanted to benefit from Chinese regional economic initiatives and from American pushback against China," said Malcolm Cook, a senior fellow at the Institute of Southeast Asian Studies in Singapore.

"The second part of this balance is now in question. Hence, the pressure to acquiesce to China diplomatically and on security issues is stronger."

Philippines President Rodrigo Duterte, piqued by the Obama administration's criticism of his human rights record, last year announced his "separation" from longtime ally the United States while on a visit to Beijing.

The White House described Trump's conversation with the firebrand Philippines leader as "very friendly" and - prompting criticism from Human Rights Watch for "effectively endorsing Duterte's murderous war on drugs" - invited him to Washington.

But, underlining his new-found friendship with Beijing, Duterte on Monday inspected a Chinese naval ships docked at his hometown, the first visit of its kind to the Philippines in years.

Duterte, who last year put aside a legal challenge to Beijing's sweeping territorial claims in the South China Sea to start negotiating billions of dollars worth of loans and infrastructure investments, chaired the latest summit of the 10-nation Association of Southeast Asian Nations (ASEAN) in Manila.

Several ASEAN diplomats said China sent officials to lobby the Philippines ahead of the summit, and before the leaders had even gathered Duterte said it was pointless pressuring Beijing over its maritime activities.

An early draft of the summit statement seen by Reuters made references to land reclamation and militarization in the disputed waterway, but they were subsequently dropped, as were references to "tensions" and "escalation of activities".

Cook said it was clear that, with the Philippines steering the summit to this conclusion, "it is no longer just Cambodia that is acting as an agent of Chinese influence in ASEAN over the South China Sea dispute".

Thailand and Malaysia have also moved closer to China. Thailand's relations with Washington came under strain during the Obama administration because of concerns about freedoms under its military-dominated government.

Trump invited Prime Minister Prayuth Chan-ocha to visit Washington during their call on Sunday, but the former general's government has its eyes elsewhere: last week it approved the first of three submarine purchases from China worth more than $1 billion.

Lee, whose country, like Vietnam, has shown no signs of moving closer to Beijing, stressed to his ASEAN counterparts on Saturday that, despite Trump's "radically different approach", they should balance their ties between the United States and China.

Trump has said he will attend two summits in the region in
November.

But Southeast Asian nations are trying to gauge how far they can still rely on Washington as a shield against Chinese assertiveness. ASEAN foreign ministers will be seeking answers at a meeting with Secretary of State Rex Tillerson in Washington this Thursday.

Uncertainty over Washington's commitment, analysts say, will only draw ASEAN countries further towards China, which can lure them with cheap loans, infrastructure investments and tariff cuts, but with a risk of diminished bargaining power.

Thitinan Pongsudhirak, director of the Institute of Security and International Studies at Bangkok's Chulalongkorn University, said it was imperative for ASEAN to regain leverage by bringing Washington back into the equation and expanding the influence of Japan.

"ASEAN is in a precarious position now with the concessions, accommodation and even appeasement with China," Thitinan said. "If China continues to be shrewd and takes ASEAN on another ride, then ASEAN will be much worse off."

(This story has not been edited by NDTV staff and is auto-generated from a syndicated feed.)
Comments
Donald TrumpSoutheast Asian nationsgeostrategic shiftAmerica Firstsouth asian nations