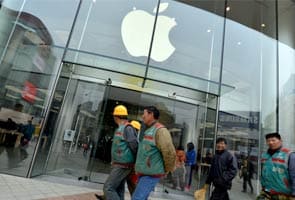 Shangai: Apple's chief executive, Tim Cook, took the unusual step on Monday of apologising to Chinese customers over the company's warranty policy and said he would improve customer service in the country.

Apple's apology Monday was the latest twist in a strange spectacle that has unfolded in recent weeks in China over Apple's warranty policies and underscored the challenges the company is facing as the country becomes an important market for its products.

Apple's problem began on International Consumers' Day, when China's biggest state-run television network, as is its tradition, broadcast an investigative report on how companies operating in China cheat or mistreat consumers. This year, on March 15, one of the targets was Apple.

China Central Television criticized the American company's after-sales iPhone customer service in China because it gave only a one-year warranty, while in China the law is two years. It also said that phone owners had to pay about $90 to replace a faulty back cover.

Apple did not immediately respond to some of the accusations, but other state media outlets stepped up their criticism over the next two weeks, raising the stakes for Apple in China, which is now the company's second-biggest market after the United States.

Then People's Daily, the official mouthpiece of the Communist Party, published a series of editorials and articles, including one paper titled "Defeat Apple's Incomparable Arrogance."

Other state organs also joined the fray. China's State Administration of Industry and Commerce, which has oversight of business practices in China, called for "strengthened supervision" of Apple.

And in recent days, television evening news broadcasts have included images of Chinese journalists being turned away from Apple's offices in China.

Apple, based in Cupertino, Calif., issued a statement in Chinese to the media on Monday.

"We realize that a lack of communication in this process has led the outside to believe that Apple is arrogant and doesn't care or value consumers' feedback," Cook wrote in the open letter. "We sincerely apologise for any concern or misunderstanding this has brought to the customers."

Some media analysts and bloggers have called the media frenzy over Apple's warranty policies bizarre because of the ferocity of it.

Several online bloggers, for instance, noted that Chinese celebrities who posted online shortly after the television broadcast on March 15 seemed not to be doing so spontaneously, but at the urging of the state broadcaster. The suspicions arose after one celebrity's post ended with the line: "to publish around 8:20 p.m."

Other analysts speculate that the continuing  media blitz against Apple is aimed at showing what the government can do to American technology giants, even those as successful as Apple.

The criticism of Apple coincides with the Obama administration's pressure on Beijing on cybersecurity issues. A growing number of American companies have complained about computer hacking attacks that seemed to be originating in China.

And earlier this year, several members of Congress moved to restrict two of China's biggest telecommunications equipment makers, Huawei and ZTE, from doing business in the United States because of concerns that they could engage in espionage.

Sprint Nextel and SoftBank, its Japanese suitor, are expected to enter an agreement with U.S. law enforcement officials to allay such national security concerns. It will restrict the combined company's ability to pick suppliers for its telecom equipment and systems, like Huawei and ZTE.

Bill Bishop, a Beijing technology analyst and publisher of the online newsletter Sinocism China, said it was difficult to know what prompted the investigation by the state media, but he noted that Apple's explosive growth in China may have outpaced the company's ability to fully train and prepare its workforce and management team to deal with the challenges of the China market.

"Whatever the merits of the case, Apple's not going to win here," Bishop said in an interview Monday. "Apple can't fight this."

Anna Han, an associate professor of law at Santa Clara University, said Cook's letter of apology was a smart tactic and a "very Chinese thing to do." She compared it with public apologies that plaintiffs will sometimes ask for from defendants in Chinese courts. That action, combined with the change in its warranty policy, "sort of takes the wind out of the government's sails," said Han, who advises American companies doing business in China.

"It says, 'We're accused of something and we're doing something about it."'

Han said it was possible the Chinese state media were taking an aggressive approach to Apple in part to help Chinese companies that could compete more closely with Apple over time, like ZTE. While past attacks on Western companies have been related to food and drug safety issues, she said the Apple warranty issues were relatively minor, suggesting they were motivated by a form of protectionism.

Apple has been riding a wave of popularity in China with revenue reaching $20 billion during the last year. In its most recently reported quarter, sales in China were about 13 percent of the company's total sales, up from 9 percent a year earlier.

Promoted
Listen to the latest songs, only on JioSaavn.com
Apple has occasionally apologised or made policy changes when controversies over its products have erupted, even in cases where the company felt the issues were blown out of proportion.

In 2010, Apple agreed to give iPhone customers a free bumper for their devices after some found that holding their iPhones directly weakened its wireless signal. Last year, Cook published a letter of apology to Apple customers after the company released an online maps service that contained incorrect addresses, distorted aerial imagery and other problems.
© 2013, The New York Times News Service