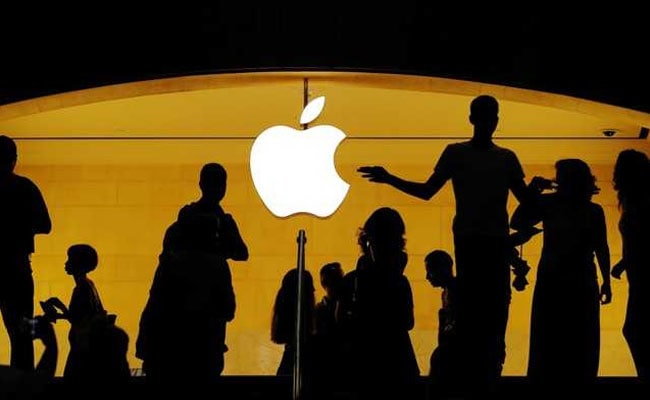 "We continue to monitor apps for violations of our guidelines" says Apple Inc. (Reuters)

Apple Inc said on Wednesday that an app belonging to popular conspiracy theorist Alex Jones remains in the company's mobile App Store because it has not been found to be in violation of any content policies.

The Infowars Official app has become the App Store's third most-downloaded news app this week after Apple removed access on Sunday to some of Jones' podcasts from its digital store. Apple had said the podcasts violated the company's rules against hate speech.

The company had not explained why the app remained available until issuing a statement on Wednesday.

"We strongly support all points of view being represented on the App Store, as long as the apps are respectful to users with differing opinions, and follow our clear guidelines, ensuring the App Store is a safe marketplace for all," Apple told Reuters in a statement.

Jones' podcasts differed from the Infowars app in a key way. The podcast app allowed access to an extensive list of previous episodes, subjecting all of those past episodes to Apple's content rules.

The Infowars app contains only rebroadcasts of the current day's episodes, subjecting a much smaller set of content to the rules. Apple said it regularly monitors all apps for content violations.

Google parent Alphabet Inc, Facebook Inc and Spotify Technology SA also removed some content this week that had been produced by Jones. Google has not said why the Infowars app, which offers live streams and articles, was not removed in its app store as part of the actions.

Twitter has drawn public outcry for not removing Jones' account. The company is responding by expediting a review of its content policies, according to an internal email that Chief Executive Jack Dorsey shared on Twitter on Wednesday.

(Except for the headline, this story has not been edited by NDTV staff and is published from a syndicated feed.)
Comments
AppleApple IncInfowars Official app