Anthony Bourdain died in France, while working on an episode of his CNN show, "Parts Unknown." 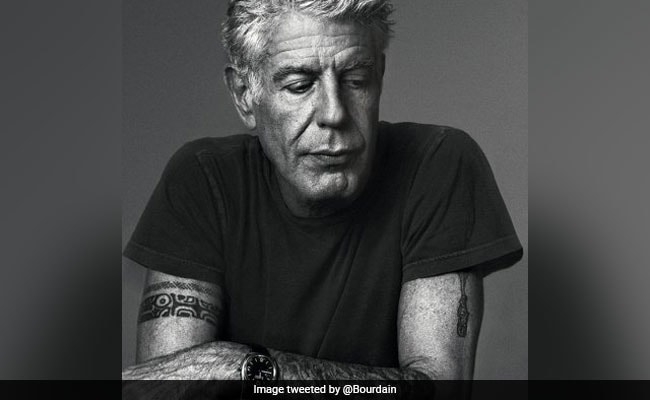 Chef Anthony Bourdain was best known for his travel shows.

Anthony Bourdain, the chef who became a world-traveling storyteller, has died at age 61, according to CNN.

He died in France, while working on an episode of his CNN show, "Parts Unknown." Bourdain was found unresponsive in his hotel room by a close friend, French chef Eric Ripert, on Friday morning, CNN said. The cause of his death was suicide.

In a statement, CNN said:

"It is with extraordinary sadness we can confirm the death of our friend and colleague, Anthony Bourdain. His love of great adventure, new friends, fine food and drink and the remarkable stories of the world made him a unique storyteller. His talents never ceased to amaze us and we will miss him very much. Our thoughts and prayers are with his daughter and family at this incredibly difficult time."

Bourdain was best known for his travel shows, where he told the stories of people and cultures from around the world through the food they ate. "Parts Unknown" was the latest in that series. Since premiering in 2013, the program has won five Emmy awards, and a Peabody.

While in office, former President Barack Obama dined with Bourdain in Hanoi in 2016 for an episode of the program. They sat on plastic stools in a family-run restaurant, eating bun cha, a dish special to Hanoi.

"We're saddened to hear of the tragic loss of Anthony Bourdain," the National Suicide Prevention Lifeline posted on social media. "Please know you are never alone, no matter how dark or lonely things may seem. If you're struggling, reach out: call 1-800-273-TALK (8255). We're here for you, 24/7/365."

"It's also important to know warning signs and risk factors for suicide, that way you can better support others," reads a tweet from the National Alliance on Mental Health. Those warning signs include making threats or comments about killing oneself, social withdrawal and increased alcohol and drug use.

As news of Bourdain's death spread on Friday morning, those who knew him and his work reacted with shock and sadness.

Bourdain was already a cultural phenomenon before moving to CNN. "Parts Unknown" was preceded by "No Reservations," on the Travel Channel. But it was Bourdain's skill as a writer that first cemented his place as a storyteller.

His 1999 New Yorker article, "Don't Eat Before Reading This," brought readers into the New York kitchens where Bourdain worked for years. A year later, the article became the best-selling book "Kitchen Confidential."

In 2002, as Bourdain became an international celebrity, he explained in a live Washington Post chat what it was like to move from "chef" to "celebrity chef."

"No one's more confused by the celebrity chef thing than chefs. The idea that chefs are sex symbols would be hilarious to anyone who's ever dated one or been married to one," Bourdain wrote. "We smell of smoked salmon and garlic, we have beef fat under our fingernails, we stay out late, drink too much, are never home and when we are home are comotose (sic), distracted and unpleasant. Is that sexy?"

Bourdain also became a vocal advocate for Washington Post journalist Jason Rezaian, who was imprisoned by Iranian officials for 544 days. Rezaian's forthcoming memoir had been acquired by Bourdain, who has an imprint with Ecco, a division of HarperCollins.

The CNN host interviewed Rezaian and his wife, journalist Yeganeh Salehi, in Iran for a 2014 "Anthony Bourdain: Parts Unknown" episode. Weeks later, the couple was arrested.

"This wonderful couple is a danger to no one," Bourdain wrote in a Post column at the time. "They are nobody's enemy. They are without blame or malice."

Although Bourdain was known as a celebrity chef, he was known for drawing out and telling the stories of other people.

Promoted
Listen to the latest songs, only on JioSaavn.com
"What I do is not complicated," Bourdain told the New York Times in 2005. "Any stranger who shows an honest curiosity about what the locals think is the best food is going to be welcomed. When you eat their food and you seem happy, people sitting around a table open up and interesting things happen."