Another Minor Raped, Killed In Pakistan Days After Murder Of 7-Year-Old

Cases of sexual assault against minors have come under greater scrutiny in the country following the rape and murder of a seven-year-old girl in Kasur, whose body was found from a dump in the city last week. 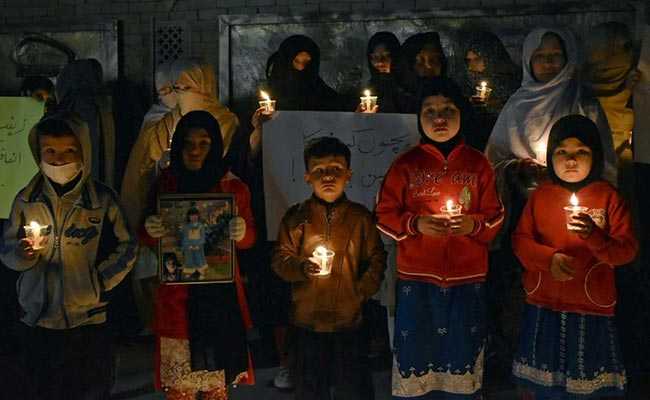 Peshawar: A four-year-old girl was allegedly raped and strangled to death in Pakistan's Khyber Pakhtunkhwa province, police said today, days after another minor was brutally raped and murdered in the country, triggering a national outrage.

The medico-legal report of the four-year-old girl whose body was found on Sunday evening in Mardan district suggests she might have been raped before being murdered, Inspector General Khyber Pakhtunkhwa Salahuddin Mehsood was quoted as saying by the Dawn News.

However, he said the police was still awaiting a forensic report of the crime as medico-legal report has left certain things unclear.

The body of the girl was found in sugarcane fields a day after she went missing.

An eight-member committee under the regional police officer, Mr Mardan, which also included the superintendent police (investigation), had been constituted on January 14.

He also said that another informal committee comprising family members of the victim, members of the provincial Dispute Resolution Council and local political leaders has been formed to overlook the police investigation.

Mr Mehsood said that all evidence for the case, including DNA samples, has been collected and expressed hope that the culprits will be caught soon.

The police had earlier been accused by members of the family and the district nazim of trying to hush up the matter and hide the sexual assault.

Cases of sexual assault against minors have come under greater scrutiny in the country following the rape and murder of a seven-year-old girl in Kasur, whose body was found from a dump in the city last week.

The girl in Kasur district was abducted outside her home earlier this month.

Promoted
Listen to the latest songs, only on JioSaavn.com
She had gone to a religious tuition centre near her house in Kasur city, some 50 km from Lahore, on January 5 from where a man said to be a 'serial killer' abducted her, police said.

The horrific incident shocked the entire country and drew national and international condemnation.