Another ISIS Jailer Who Held Western Hostages Identified As Londoner 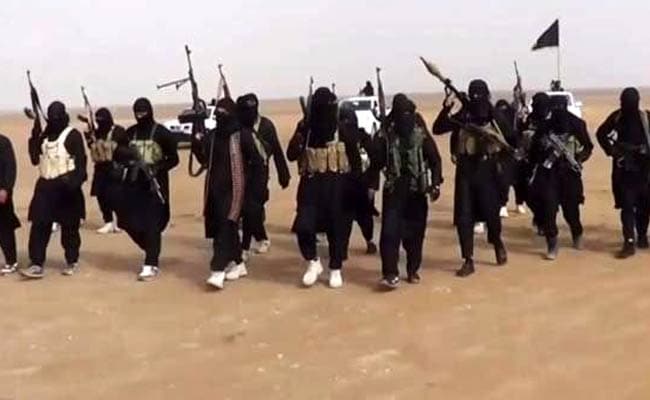 Alexanda Kotey converted to Islam in his early 20s after meeting a Muslim woman with whom he had two children before they separated.

A member of a British cohort within the Islamic State that oversaw the brutal detention and beheading of Western hostages in Syria has been identified as Alexanda Kotey, a 32-year-old convert to Islam who grew up in West London.

Kotey is the second militant among the group of Islamic State jailers to be named following the unmasking last year by The Washington Post of "Jihadi John" as Mohammed Emwazi - the infamous masked man, also a West Londoner, who beheaded American, British and Japanese hostages on video as he taunted Western leaders.

Emwazi, 27, was killed in a drone strike in November in Raqqa, the Islamic State's de facto capital in Syria, along with another unidentified man. It is unclear whether that second man was also one of the four guards who watched over and tortured Western hostages and were nicknamed the "Beatles" by their prisoners because of their English accents.

Kotey, of Ghanaian and Greek Cypriot background, was identified through a joint Post and BuzzFeed News investigation. His name was confirmed by a U.S. intelligence official and other people familiar with British nationals in Syria, all of whom spoke on the condition of anonymity to discuss an ongoing investigation.

Kotey's family in London declined to comment, as did British security officials.

It's not clear whether Kotey was the guard known as "Ringo" or "George." A fourth, Paul, played a smaller role in the group and did not appear until later in the detention of some of those held by the Islamic State. Kotey's current whereabouts are unknown.

European hostages who were released after their governments paid ransom said the four Britons always wore masks in their presence. Of all the guards, the Britons were the cruelest, former hostages said, subjecting the prisoners to regular beatings, waterboarding and mock executions.

A Danish hostage, Daniel Rye, who was released in June 2014, recounted in a memoir how Ringo viciously kicked him 25 times in his ribs on his 25th birthday. His captors said it was a gift. George, according to Rye, was the most violent and unpredictable and also dominated the group of jailers.

Rye also recounted an episode in which the hostages were taken to an open grave where a suspected spy was shot and killed. Rye said Emwazi killed the man while Ringo filmed and George directed the macabre episode. Rye said the Britons made him and other hostages climb into the grave and then photographed them.

Authorities believe that Emwazi killed American journalists James Foley and Steven Sotloff as well as aid worker Abdul-Rahman Kassig, previously known as Peter. Another American aid worker who was held by the Britons, Kayla Mueller, was also killed, but the circumstances of her death remain unknown. The Islamic State claimed that Mueller was killed in a Jordanian airstrike on the building where she was being held; the United States confirmed her death but not the cause.

Kotey - known as Alexe to his friends - attended the Al-Manaar mosque in London, as did Emwazi, and friends recalled that he stood out for his radical views.

One former friend said Kotey used "to have this stall outside the mosque, and those guys used to openly preach and argue about what they thought was their cause or ideology." The friend, who would only discuss Kotey on the condition of anonymity, said Kotey also advocated suicide bombing, arguing with those who said it was forbidden by the Koran.

Kotey also became involved with a network of extremists known as the "London Boys" who advocated violence and have been linked to terrorist attacks and plots in the United Kingdom.

Kotey left Britain in 2009, when he traveled to the Gaza Strip on an aid convoy of 110 vehicles organized by George Galloway, then a member of British Parliament. Nine volunteers on the Viva Palestina mission were arrested under the United Kingdom's Terrorism Act the day before departure. Galloway, a controversial figure in Britain for his radical views, described the arrests as an effort to "smear and intimidate the Muslim community."

All nine were later released without charges.

It is unclear when Kotey made his way to Syria or when he first met Emwazi, but among those on the aid convoy was Reza Afsharzadegan, a leader of the London Boys who also was an associate of Emwazi's.

Kotey converted to Islam in his early 20s after meeting a Muslim woman with whom he had two children before they separated.

He grew up in the Shepherd's Bush section of London and was the son of a Greek Cypriot woman, who worked as a printing machinist, and a man from Ghana, who was from a line of dress cutters. His father died when he was a toddler.

Kim Everett, a neighbor, described the young Kotey as "lovely, a really quiet boy" and an avid follower of his local soccer team, Queens Park Rangers, who played with her sons.

In an online posting, the jailer known as Ringo described himself as "British as they come . . . born and raised in Shepherd's Bush, was a big QPR fan, love a good old fry up in the mornings."

Everett said she didn't see Kotey much after he left home and was surprised when she happened to run into him when he was in his early 20s.

"The next time I saw him he was bearded, full garments," she said. "I did say to [his mother]: 'Alexe's changed his faith?' and she said yes. She wasn't too happy."