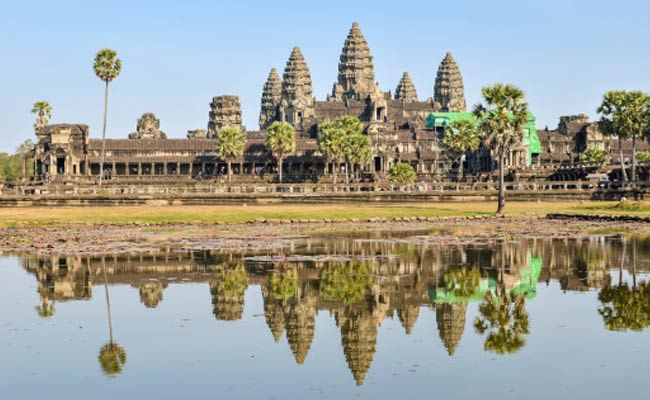 Phnom Penh: Revenue from ticket sales at Cambodia's famed Angkor Wat temple has reached $43.3 million in the first nine months of 2015, up 0.24 per cent year-on-year, an official statement said today.

From January to September this year, the ancient site received 1.52 million tourists, an increase of 1.8 per cent over the same period last year, said the statement released by the state-run Apsara Authority, which manages the ancient Hindu-temple site.

Three largest sources of foreign tourists to the temple were from China, South Korea and Japan, Xinhua news agency reported.

Angkor Wat temple, inscribed on Unesco's World Heritage List in 1992, is Cambodia's most popular tourist destination. It is located in Siem Reap province, some 315 km northwest of capital Phnom Penh.

Entrance fee to the site is $20 each day for a foreigner, $40 for a three-day visit and $60 for a week-long visit.
Comments
Angkor Wat templeCambodiaWorld Heritage ListAngkor Wat