Iraq: The men and teenagers had disappeared during a 2016 operation by the Hashed al-Shaabi to retake Fallujah from the Islamic State. 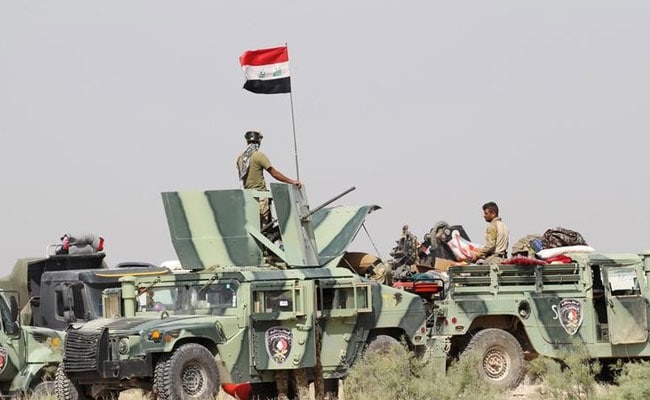 Amnesty said findings of the Iraq panel formed to probe the disappearances, were never made public (File)

Amnesty International on Thursday urged Iraq to reveal the whereabouts of 643 Sunni Muslim boys and men abducted five years ago by Shiite paramilitaries fighting the Islamic State (IS) group.

The men and teenagers disappeared during an operation by the Hashed al-Shaabi in June 2016 to retake Fallujah in the western desert from the IS, which then held the country's Sunni provinces.

The Hashed have since been integrated into Iraq's state security forces.

Witnesses cited by Amnesty International said that on June 3 gunmen wearing Hashed uniforms "took an estimated 1,300 men and boys considered to be of fighting age away from their families."

"At sunset, at least 643 men and boys were boarded onto buses and a large truck. Their fate remains unknown" while the rest alleged they were tortured, the human rights watchdog said in a statement.

On June 5, Iraq's then prime minister Haider al-Abadi established a committee to investigate disappearances and abuses during military operations to retake Fallujah.

"The committee's findings have never been made public," Amnesty said.

"For five years, the families of these men and boys have been living in anguish, not knowing the fate of their loved ones, or whether they are even alive," said the London-based rights watchdog.

"The families deserve to know what happened to their loved ones. They deserve an end to their suffering."

The Hashed denies having abducted or arbitrarily arrested people, but its commanders often claim to have jails packed with jihadists, without proving the prisoners really belong to IS.

Sunnis regularly claim to be discriminated against in post-IS Iraq, where thousands of them have been arrested and often sentenced to prison or death for belonging to IS, rightly or wrongly.

Today, the Iraqi government is under fire for closing camps for those displaced in the fight against the Islamic State group.

"The government has closed 16 camps over the last seven months, leaving at least 34,801 displaced people without assurances that they can return home safely, get other safe shelter, or have access to affordable services," Human Rights Watch said.

The displaced forced to leave their tent cities have often had their homes destroyed or are considered "terrorists" by the authorities and their communities, accusations "without any evidence", HRW said in a statement.