The drill, part of a 19-day exercise, came after a tense war of words between the United States and North Korea over Pyongyang's threats to fire missiles towards Guam. 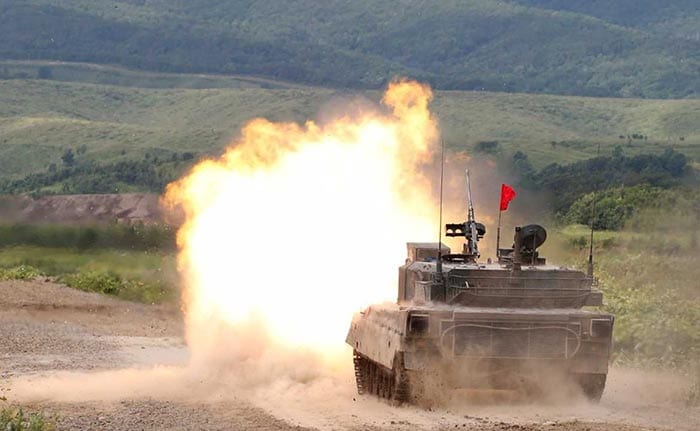 The drill, part of a 19-day exercise, came after a tense war of words between the United States and North Korea over Pyongyang's threats to fire missiles towards the Pacific island of Guam.

Troops from Japan's Ground Self-Defence Force (GSDF) and US Marines fired live ammunition from armed vehicles at a manoeuvre area on the northern island of Hokkaido.

"It is the first joint exercise between the GSDF and US Marines in Hokkaido," a defence ministry spokesman said.

The spokesman denied any link between the drill and recent regional tension over North Korea.

"This is not conducted with a particular country or region in mind," he said.

North Korean leader Kim Jong-Un said Tuesday he would hold off on a plan to fire four ballistic missiles towards Guam, a US Pacific island territory.

The threat had come after US President Donald Trump warned Pyongyang of "fire and fury" over intercontinental ballistic missile (ICBM) development.

Japan has deployed the Patriot Advanced Capability-3 (PAC-3) missile defence system in Shimane, Hiroshima and Kochi prefectures in western Japan, which North Korea had warned could be along its missiles' flight path.

It also deployed the system in nearby Ehime prefecture.

Meanwhile, the defence ministry said US Osprey tilt-rotor aircraft will join the Northern Viper drills starting on Friday despite growing concerns after a fatal crash off Australia earlier this month.

The MV-22 -- a hybrid helicopter-turboprop -- has two engines positioned on fixed wingtips that allow it to land and take off vertically.

The aircraft, which can travel much faster than a helicopter, has been involved in a series of deadly incidents, mostly in the United States.

(Except for the headline, this story has not been edited by NDTV staff and is published from a syndicated feed.)
Comments
United StatesJapan