US Singer R Kelly, Charged With Sex Abuse, To Pay $1 Million For Bail

R Kelly has settled numerous lawsuits with women who have accused him of coercing them into sexual relationships while underage. 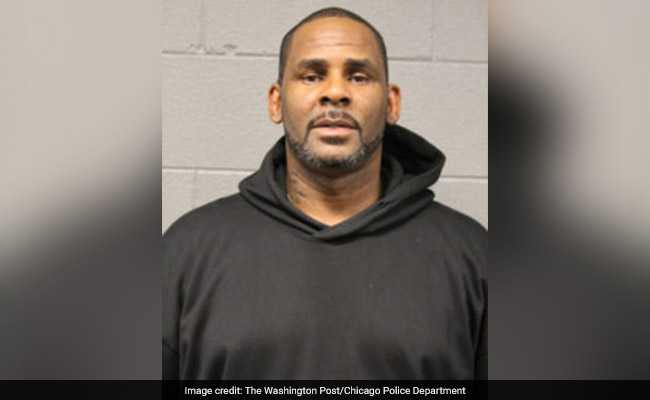 According to an indictment filed Friday in Cook County, Illinois, the crimes took place between 1998 and 2010 and involved four victims, three of whom were between 13 and 16 years old. One of the alleged victims was an adult.

Each count carries a possible sentence of three to seven years in prison.

Jason Meisner, a Chicago Tribune reporter who attended the hearing, tweeted that Kelly would have to pay $100,000, or 10 percent of the $1 million, to be released on bond. Judge John Lyke Jr. also ordered Kelly to turn in his passport and barred him from contacting anyone under the age of 18, according to the Chicago Sun-Times.

The charges follow decades of sexual misconduct accusations, often involving minors, against the 52-year-old R&B singer. On Friday, Cook County State's Attorney Kim Foxx announced the charges at a news conference. Kelly turned himself in to Chicago police that evening.

Foxx made a public plea for any victims to come forward in January, following the airing of Lifetime's documentary "Surviving R. Kelly." The six-part series closely examined the allegations against Kelly and helped to spark a new round of interest in them.

"There is nothing to be done to investigate these allegations without the cooperation of both victims and witnesses," Foxx said in a news conference on Jan. 9. "We cannot seek justice without you."

Kelly's attorney Steve Greenberg told reporters Friday that his client, who has long denied any allegations against him, was innocent. "I think all the women are lying," Greenberg said outside Kelly's studio on Friday, according to CBS Chicago.

The indictment filed Friday detail offenses committed against four individuals. The oldest allegations date to between May 1998 and May 1999, when Kelly was at least 31 and the alleged victim was under 17. The most recent allegations detailed in the indictment involve another minor and took place between May 2009 and January 2010, according to the charging documents.

Lawyer Michael Avenatti, who announced last week that he had given authorities a VHS tape that allegedly shows Kelly engaging in sexual activity with a minor, said in a news conference Friday evening that he represents two of Kelly's alleged victims, one of whom was included in the indictment.

Kelly was charged with child pornography in 2002 after a graphic videotape was sent to Chicago Sun-Times reporter Jim DeRogatis. Kelly was acquitted of those charges years later, in 2008. Kelly has also settled numerous lawsuits with women who have accused him of coercing them into sexual relationships while underage. In 1994, Kelly, 27, illegally married the singer Aaliyah, who was 15. To evade the fact that the underage performer would need parental permission to get married, Kelly's tour manager took her to get a fake ID.

Kelly's music career continued thriving even after the child pornography case. RCA Records, a subsidiary of Sony, kept him on their label until January. Major artists have collaborated with Kelly in recent years, including Chance the Rapper and Lady Gaga, who recorded duets with Kelly in 2015 and 2013, respectively. Both have since apologized for doing so.

The allegations against Kelly began receiving renewed scrutiny in the wake of the #MeToo movement. BuzzFeed published a lengthy investigation by DeRogatis based on the experiences of four former members of Kelly's inner circle. The article accused Kelly of running an "abusive cult." In a May statement to The Post, Kelly's management said that the singer "has close friendships with a number of women who are strong, independent, happy, well cared for and free to come and go as they please."

Lyke, who presided over Kelly's bond hearing, is the same judge who on Thursday set 'Empire' actor Jussie Smollett's bond at $100,000. Smollett is charged with felony disorderly conduct for allegedly filing a false police report.

This was Kelly's first court appearance since his arrest on Friday. As of Friday, his arraignment is scheduled for March 8.

(Except for the headline, this story has not been edited by NDTV staff and is published from a syndicated feed.)
Comments
R Kellyr kelly docuseries