All 25 Suspects In Beirut Blast Probe In Custody: Judicial Source

Authorities had already detained 21 suspects over the portside blast, which killed more than 180 people, wounded at least 6,500 others and wreaked devastation across the capital. 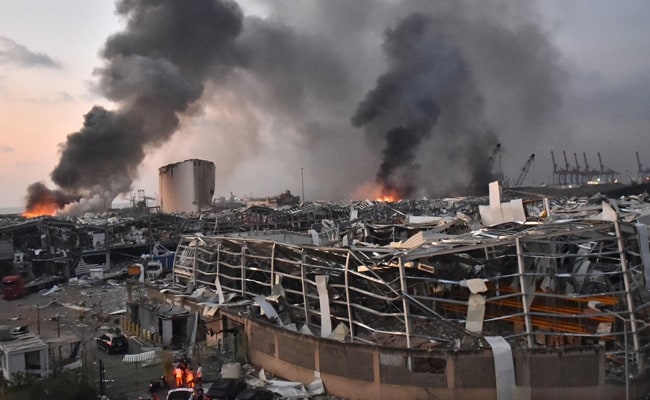 All 25 suspects identified by a probe into the devastating August 4 Beirut explosion are now in the custody of Lebanese authorities, a judicial source told AFP on Tuesday.

Authorities had already detained 21 suspects over the portside blast, which killed more than 180 people, wounded at least 6,500 others and wreaked devastation across the capital.

The two security agencies, along with army and Lebanon's customs authority, are the main bodies responsible for overseeing security at the port.

Hundreds of tonnes of ammonium nitrate, a highly explosive fertiliser, had been stored in a warehouse for at least six years, it emerged after the explosion.

That sparked widespread outrage over alleged official negligence that many said was to blame for the blast.

The exact circumstances leading up to the explosion remain unclear.

Security sources have suggested welding work could have started a fire that triggered the blast, but some observers have rejected this as a theory pushed by the authorities.

Lebanon has rejected calls for an international investigation into the country's worst ever peace-time disaster, but the Lebanese probe is being aided by foreign experts, including from the US Federal Bureau of Investigation.

France, which counted several of its citizens among the dead, has launched its own enquiry.