Over the weekend, boosted by historic heat in the southern part of the state, Alaska's average temperature surged to its highest level ever recorded on back-to-back days. 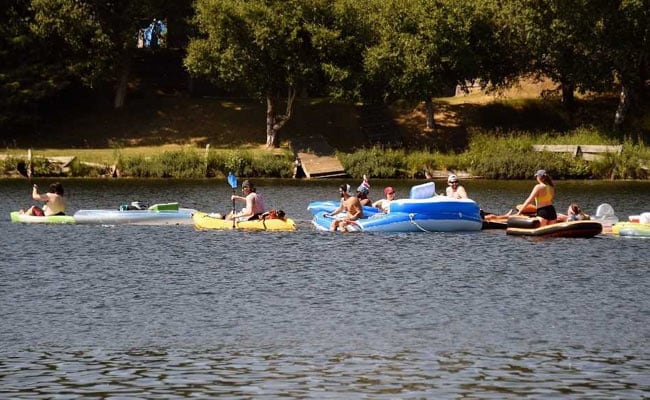 Southern Alaska has been the epicenter of the heat

A heat wave for the record books has roasted Alaska, sending temperatures into uncharted territory.

Over the weekend, boosted by historic heat in the southern part of the state, Alaska's average temperature surged to its highest level ever recorded on back-to-back days.

"It is likely that Saturday, July 6, 2019, was the warmest day on record statewide (at least in the last 100 years)," tweeted Alaska climatologist Brian Brettschneider." But there's more, he continued: "This distinction only lasted 1 day as Sunday was even warmer!"

Southern Alaska has been the epicenter of the heat. Anchorage posted its hottest day on record Thursday, hitting 90 degrees, and then twice matched its previous all-time highest temperature of 85 degrees Sunday and Monday, notching its warmest week on record in the process.

Through Monday, Anchorage had hit 80 degrees or higher six days in row, doubling the previous longest streak of three.

Anchorage's average temperature so far this month is 12.4 degrees above normal.

Anchorage has logged eight days of 80 degrees or higher this year, doubling the old record of four from 2015. Tuesday's temperatures should flirt with 80 degrees once again.

Anchorage isn't alone. It's a similar story in Juneau, where there have also been eight days of 80 degrees or higher in 2019. This ties 2009 for second most in a year, with the top spot held by 2004, when there were 12 such days.

Other places in southern Alaska that have seen historically high temperatures, especially in the past week, include Kenai, King Salmon and Kodiak, along with many more.

The Alaskan heat wave is easing, but it's not over. The days ahead feature temperatures dropping from record warm to very warm.

Longer-term outlooks generally predict that the warmth will persist, with above-normal readings likely to continue into the future.

The National Oceanic and Atmospheric Administration announced Tuesday that the state posted its second warmest June ever recorded.