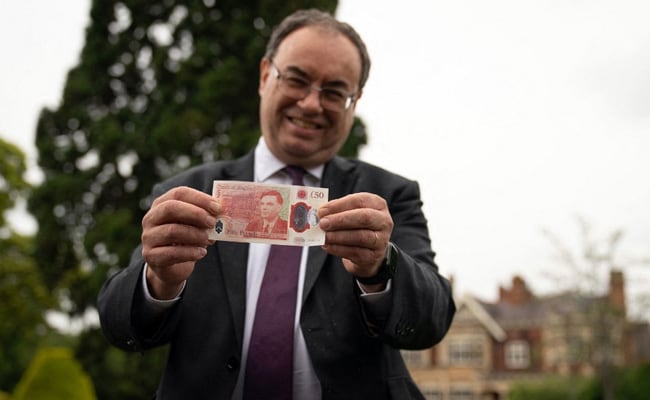 Alan Turing received criminal conviction in 1952 for being gay and died less than two years later.

A new 50 pound ($70) banknote featuring the mathematician and computer scientist Alan Turing enters circulation in Britain on Wednesday, three months after the Bank of England first unveiled the design.

Turing is best known in Britain for designing machines to decrypt coded messages during World War 2, and before the war his work laid the theoretical foundation for modern computer science. Later he made discoveries in developmental biology.

"Placing him on this new banknote is a recognition of his contributions to our society, and a celebration of his remarkable life," BoE Governor Andrew Bailey said.

Turing was gay at a time when sex between men was illegal in Britain. He received a criminal conviction as a result in 1952, lost his security clearance, and died of cyanide poisoning less than two years later in what coroners ruled was suicide.

Britain's government issued a posthumous pardon in 2013 and Bailey said Turing had been treated appallingly while alive.

Britain's GCHQ spy agency, for whose predecessor Turing worked in World War Two, unveiled an artwork in his honour on Wednesday.

The new 50 pound banknote completes the BoE's transition away from paper banknotes to those made out of a more durable polymer or plastic.

Existing paper 50 pound banknotes will circulate alongside the new polymer ones until the end of September 2022.

Fifty-pound notes account for 357 million of the over 4.5 billion Bank of England banknotes in circulation. Lower-denomination notes are more popular for day-to-day transactions.