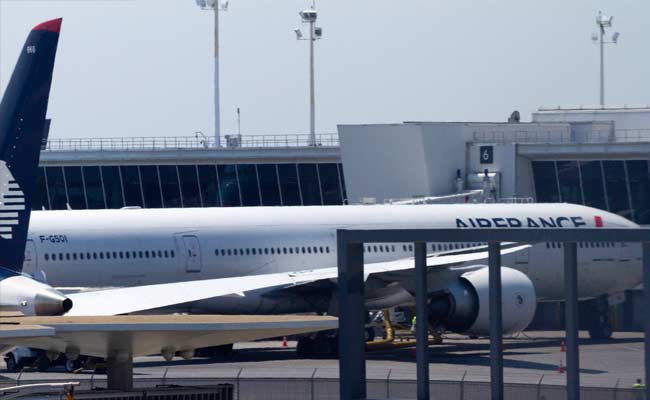 Russia: Air France-KLM is set to unveil details today of a revamped restructuring plan which unions expect will lead to some 3,000 job losses.

Four unions have called a strike to coincide with the expected launch of the plan due to be presented to the central company enterprise committee at 9:30 am (0730 GMT).

Air France carrier said it did know how many people would join the strike, but insisted all flights would go ahead albeit with "some delays," notably at check-in.

Talks with pilots on an initial restructuring plan broke down last week, prompting management to lay out an "alternative" version involving around 2,900 job cuts -- some compulsory, which would be a first for the carrier.

The airline is struggling in the teeth of fierce competition from global rivals and had sought to win pilots' agreement to fly 100 more hours annually for the same salary, a request rejected as an effective pay cut.

Unions no Friday blasted management for pressing on with a revised plan after carrying out a "parody" of negotiations.

The alternative plan is, the carrier says, designed "to guarantee the economic objectives and the company's future" by sharpening its competitive edge against main European rivals Lufthansa and British Airways-Iberia.

It includes measures such as a 10-percent reduction of long-haul flights, a delay in its orders for Boeing 787s and reducing its headcount.

Chief executive Alexandre de Juniac insisted Friday he favoured voluntary departures and that forced layoffs would be a case of "last resort".

But CEO Frederic Gagey has indicated redundancies are "a possibility" as "otherwise we would not make hoped for progress in terms of productivity".

It is understood the carrier, Europe's largest airline in terms of traffic which employs 52,000 people, will shed 300 pilots, 700 air hostesses and stewards and 1,900 ground staff.

A board source last week indicated the 2,900 figure had been presented as an estimate of overstaffing in 2017 for the airline, in which the French state maintains a 17.6-percent stake.

The company already shed 5,500 posts via voluntary departures between 2012 and 2014 as it battled competition from low-cost carriers and Gulf airlines.

Air France, which merged with Netherlands-based KLM in 2004, is now expected to retire 14 long-haul planes and reduce flights as it seeks to cut costs over two years by 1.8 billion euros.

The French government has backed the board, with Prime Minister Manuel Valls urging pilots to get behind the restructuring plan.

"If Air France does not evolve then it puts itself in danger," Prime Minister Manuel Valls said at the weekend.