After Lift Of Cinema Ban, Saudi Female Director To Head Back Home

Haifaa al-Mansour was the first woman to shoot a film in the country, the critically acclaimed "Wadjda". 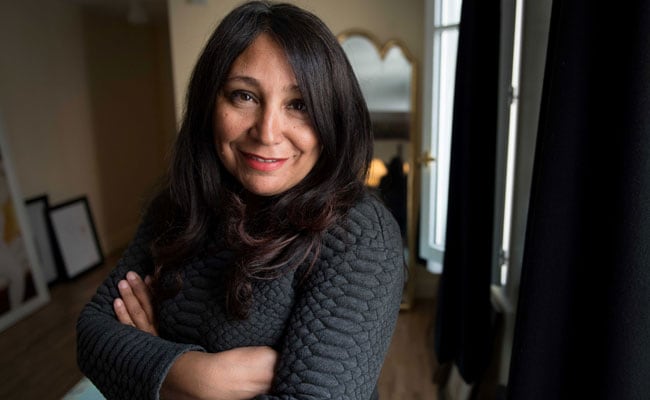 It will be wonderful to be part of the evolution of film in the country, says Hafiaa al-Mansour. (AFP)

Fresh from shooting her first film in English, Haifaa al-Mansour plans to return to her native Saudi Arabia next month for her new project - but this time, she won't be directing out of view by walkie-talkie from the back of a van.

"When I started making films - I started in 2005, when my first short came out - people didn't believe in cinema in Saudi Arabia - films were illegal, the country was very segregated, so it was like 'a woman making films, oh!'," the 43-year-old director told AFP in an interview.

Late last year Crown Prince Mohammed bin Salman lifted a decades-old ban on cinemas as part of his push to modernise the ultra-conservative country, which included in June allowing women to drive.

Saudi Arabia this year made its first official appearance at the Cannes film festival with its submission of a series of short films.

Haifaa al-Mansour was the first woman to shoot a film in the country, the critically acclaimed "Wadjda" from 2012 about a girl who dreams of riding her own bike. During the filming, she often had to direct her team via walkie-talkie while keeping out of sight in a van, since she could not be seen in public alongside male actors and crew members.

"I don't think I will be in the van anymore," she said.

"Now we have a film fund and they are supporting my next project, which is called 'The Perfect Candidate', about a young Saudi female doctor who decides to run for an office in a municipal election," she said.

"It will be wonderful to be part of the evolution of film in the country," she added.

"I think it's amazing to have Saudi Arabia becoming normal again."

Haifaa al-Mansour now lives in Los Angeles with her American husband and children. "Mary Shelley", her biopic of the 19th-century author of the horror classic "Frankenstein", is now hitting screens worldwide.

Mary Wollstonecraft Shelley was just 18 when she travelled to Lake Geneva in 1816 with her future husband, the poet Percy Shelley, and their son to vacation alongside friends including Lord Byron.

Kept inside for days by heavy rains, they challenged each other to write a ghost story, sparking the Gothic tale of "Frankenstein; or, The Modern Prometheus", which was eventually published in 1818, but without Mary Shelley's name on the cover.

"For her, to come and write something so original and not to have her name on it, I could not not tell that story. I felt just like, 'this is definitely a Haifaa film'," Ms Mansour said.

The offer to direct the film, starring Elle Fanning, came as a surprise -- not least because Haifaaa al-Mansour had previously filmed mainly in Arabic.

But having studied literature at the American University in Cairo and film at the University of Sydney, she was ready for the challenge of working in English.

"We did a lot of rewriting on the script - it's not only a love story," she said.

After filming the movie in Ireland, Luxembourg and France,  Haifaa al-Mansour said she was eager to work again in her native Saudi Arabia.

"I think it is very important to make films there, especially with Saudi Arabia embracing films and allowing film theatres. It will be wonderful to be part of the evolution of film in the country," she said.

"I think it will have a great impact on young professional women."