After Fall Of Last Town, ISIS Loses Grip Over Iraqis

A day after government forces ousted the ISIS group from the last town it held in Iraq, the banner is now just a reminder of the vast 'caliphate' the ISIS terrorists once ruled 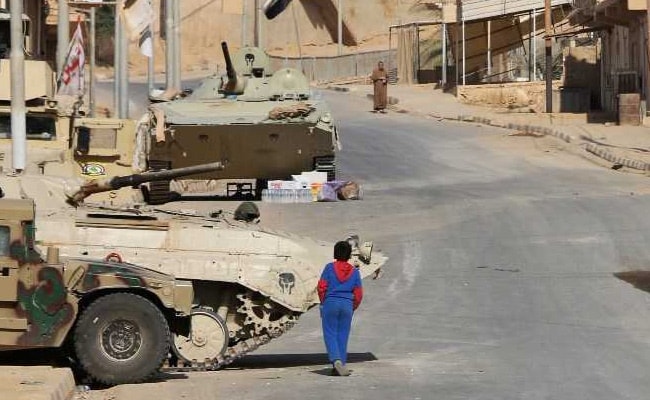 A boy walks past Iraqi forces vehicles in Rawa (AFP)

A day after government forces ousted the ISIS group from the last town it held in the country, the banner is now just a reminder of the vast "caliphate" the terrorists once ruled.

Hamza Mahmud, 13, has seen the past three years of his young life dominated by the harsh demands and tight control of ISIS in this desert region on the border with Syria.

Since the group seized his home town on a bend in the Euphrates River in 2014, he has not spent one day in school.

"Men had to have long beards and wear traditional robes to their ankles or they would get twenty lashes," he told AFP, sporting a bright yellow pullover bearing the crest of the Italian national football team.

Under the terrorists' rule the roughly 20,000 inhabitants of Rawa and the surrounding hamlets had to gather at a prefabricated building at the entrance to the town.

At this "information point" the population was told about the latest bloody attacks by the group, the ground it had captured, its feats of arms.

They were also reminded of the rules.

"For three years they denied us electricity, telephones and television," sighed a bearded Aref Aid, 67, wearing a white robe. 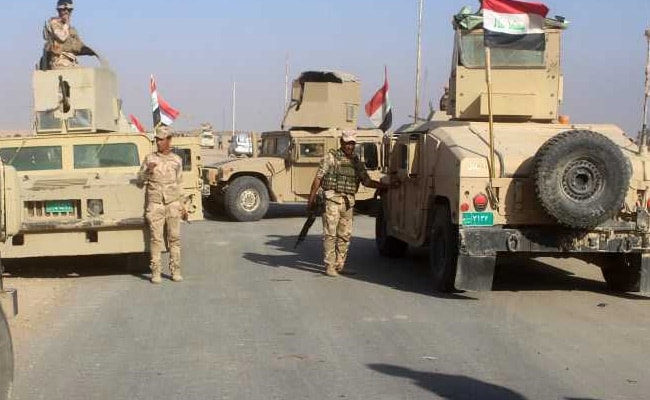 When Iraqi forces arrived in Rawa on Friday they were greeted by scenes of relief that have been repeated across the country as ISIS was pushed out of one town, village and city after another.

Now the government troops are hoping this will be the last time they ever have to "liberate" an Iraqi town from the grip of the Sunni terrorist group -- which now controls only areas of remote desert in the country.

But the threat from the ISIS fighters still remains.

Rather than stay and fight, they fled Rawa in the face of the Iraqi advance and air strikes from a US-led coalition in the direction of Syria, said mayor Hussein Ali.

Across the border they are still clinging to chunks of territory and ferociously battling Syrian regime forces for control of their last urban stronghold Albu Kamal.

The barren region around Rawa is dominated by a handful of Sunni tribes and has long been a bastion of terrorism.

Ever since the US-led invasion ousted Saddam Hussein in 2003 the frontier zone has been a magnet for foreign fighters and smugglers transporting arms and other illicit goods. 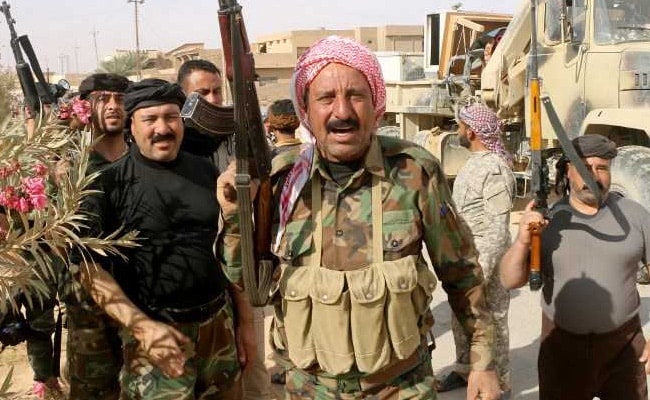 But despite its reputation as a hotbed of extremism, local inhabitants in Rawa insist they were overjoyed to see the arrival of government troops and back of the terrorists.

"It's been said that the people from here were for ISIS, but it was the exact opposite," said Aid.

"If we were with ISIS, then we wouldn't have stayed behind now."

Others from the region have gone even further.

Local Sunni tribal fighters took up arms and sided with the mainly Shiite government forces to finally take down ISIS.

"And if there are ever any other battles to fight against ISIS then we are ready."
Comments
IraqRawa