After Trump-Kim Bonhomie, Japan Hopeful Of Peace With North Korea 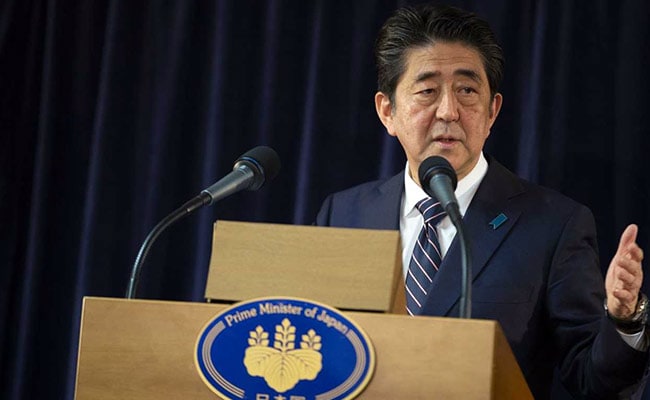 Shinzo Abe has said publicly that he would be willing to meet Kim to resolve the abduction issue.

In a television interview, Abe said his government has contacted the North Korean side "through various channels" in a bid to arrange a meeting with Kim.

During historic talks with US President Donald Trump in Singapore on Tuesday, Kim reportedly said he was open to a meeting with Abe.

Japan wants the talks to push the emotive issue of citizens abducted by the North decades ago, which has seen little movement despite a whirlwind of international diplomacy in recent months.

"I want to take a step forward and resolve the (abduction) issue after each of us breaks our mutual distrust," Abe said.

"I have a strong sense of mission to resolve the issue under my own responsibility," he added.

Abe has already said publicly that he would be willing to meet Kim in order to resolve the abduction issue.

Japanese Foreign Minister Taro Kono is considering talks with his North Korean counterpart on the sidelines of a meeting of ASEAN envoys in Singapore starting in late July, the Yomiuri Shimbun reported.

During the interview, Abe expressed a readiness to finance denuclearisation costs in North Korea.

In the joint statement following Tuesday's talks with Trump, Kim agreed to the "complete denuclearisation of the Korean Peninsula."

"It is natural for Japan and other countries which would benefit from easing fears of nuclear weapons to bear the costs," Abe said.

But Abe warned that Tokyo has no plan to give financial aid to Pyongyang without a resolution of the abduction issue.

The issue of Japanese citizens who were abducted in the 1970s and 1980s to help Pyongyang train its spies has long soured already strained relations between Tokyo and Pyongyang.

The Japanese government has officially listed 17 people as abductees, but suspects dozens more were snatched.

Japan has maintained a hardline position on North Korea despite the stepped-up diplomacy with Pyongyang in recent months, and has been left largely on the sidelines as South Korea, China and the United States have held talks with Kim.

(Except for the headline, this story has not been edited by NDTV staff and is published from a syndicated feed.)
Comments
Shinzo AbeKim Jong Unjapan