Congressman Steve Chabot, Co-Chair of the India Caucus, said on Sunday that he applauds the Indian government for welcoming the Afghan religious minorities. 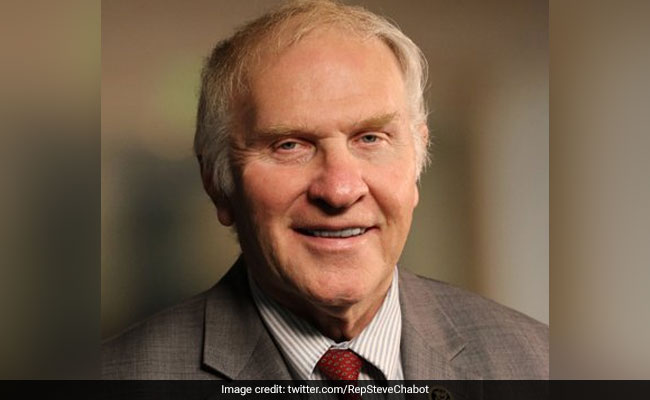 Pakistan and its intelligence service have played a key role in fostering the Taliban and allowing it to eventually take over Afghanistan, a top Republican lawmaker has alleged, stating that it is disgusting to watch Islamabad celebrate the group's victory that will bring "untold brutality" to Afghans.

Congressman Steve Chabot, Co-Chair of the India Caucus, said in his address to the virtual gala of Hindu Political Action Committee on Sunday that he applauds the Indian government for welcoming the Afghan religious minorities who have a good reason to fear persecution at the hands of the Taliban and their evil rule.

"In contrast, we all know that Pakistan and particularly its intelligence services played a key role fostering the Taliban and allowing them to eventually take over. It's just disgusting to watch Pakistani officials celebrate the victory of this group that will bring untold brutality to the Afghan people," Mr Chabot said.

"Pakistan's own persecution of religious minorities, however, gets a lot less attention here in America than it deserves. We would do well to educate our fellow citizens about these abuses. Persecution is particularly manifests in the heinous practice of the kidnapping, force conversion to Islam and forced marriage of underage Hindu girls to older Muslim men," he said.

Such allegations are not mere hearsay, he noted.

Major news organisations and human rights groups have documented the practice with so many heartbreaking stories of girls in their early teens taken from their families, and traffic into forced marriages. These abuses are often just ignored, said the Congressman.

In his address, Chabot said that with roughly 6 million Hindus in America, Hindus are unquestionably an integral part of society throughout the United States.

"Through strong work ethic and high educational attainment, Hindus exemplify the American dream. These virtues also allow Hindus to take on key roles in communities across the country, and also give back to those communities in so many ways," he said.

That is why the reports of a rise in discrimination against Hindu Americans around the country are so concerning, he rued, adding that there is no place in America for such discrimination.

"We must all seek ways to bring it to an end," Mr Chabot added.